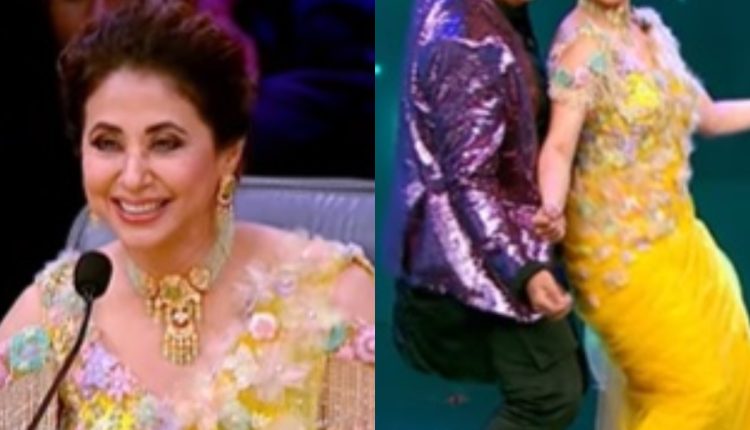 DID Super Moms is a highly loved dance reality show on the TV screens with a unique concept. The show offers a chance to the women who entered the motherhood phase but they are also passionate dancers, to make their talent recognized on a national level platform. The show has a massive fan following and the present season is also getting highly appreciated by fans. The season is judged by the actresses Urmila Matondkar, Bhagyashree and ace choreographer Remo D’souza. In the upcoming episode, Bollywood star Govinda will be sharing the stage with Urmila Matondkar.

The upcoming episode with be based on the legendary actor Govinda, as he will be gracing the show. The contestants will be seen dancing on superhit songs by the actor and he will be seen sharing a fun anecdote of his earlier days. The actor will also be seen grooving will Bollywood actress and show judge, Urmila Matondkar on the song, ‘Urmila Urmila’. In the episode, he also shared that during their earlier shooting days, Urmila never gave him attention. Urmila and the audience were left in splits.

In an earlier promo, Govinda was seen re-enacting his popular monologue from his movie. The intensity with which he said the dialogue, left everyone amazed and all the judges stood up in appreciation.

Also read- DID Super Moms: Urmila Matondkar talks about Sridevi being pregnant with Janhvi during their film Judaai

5 Eateries in Mumbai that have the best cheesecakes

The Lord of the Rings: The Rings of Power: Elves, Dwarves, Humans & Harfoots team up to fight evil in NEW clip

Why are PM CARES Fund trustees afraid to reveal names of…