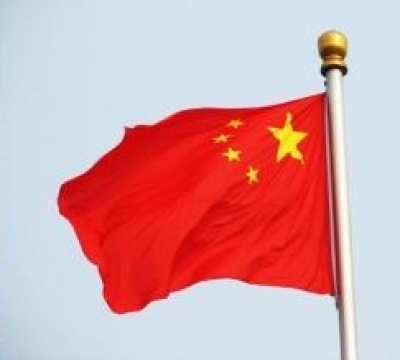 Beijing, Aug 13 (IANS) China has sanctioned Lithuania’s Deputy Minister of Transport, Agne Vaiciukeviciute over a visit to the self-governing democratic island of Taiwan.

Vaiciukeviciute had trampled on the “one-China principle”, seriously interfered in Beijing’s internal affairs and undermined the country’s sovereignty and territorial integrity, dpa news agency quoted the Chinese Foreign Ministry as saying on Friday.

It did not say what the sanctions were in detail but it did say all forms of exchanges with the Lithuanian Ministry of Transport and Communications would also be suspended.

Despite the current tensions, Vaiciukeviciute arrived in Taipei on August 7 for a visit.

In response to a visit to Taiwan by Speaker of the US House of Representatives Nancy Pelosi, China has been conducting large-scale military exercises around the island since last week, including practising a possible conquest.

The Chinese leadership rejects official contact by other countries with Taiwan because it regards the island as part of its territory.

On the other hand, Taiwan has long regarded itself as independent.

Tensions have also arisen between Lithuania and China in recent months.

Beijing downgraded its diplomatic relations with the Baltic EU state after it allowed Taiwan to open a representative office in the Lithuanian capital Vilnius under its own name rather than under a formula demanded by Beijing, such as Chinese Taipei or simply Taipei.

Varun Dhawan and Natasha Dalal keep it casual for an early morning appearance at the airport; PHOTOS

Over 21,000 people brought to UK from Afghanistan: Govt

Article 370 was a mistake, Kashmir is integral to India:…

‘3 Posts Enough To Own Rohit Sharma’ Fans Boast About…