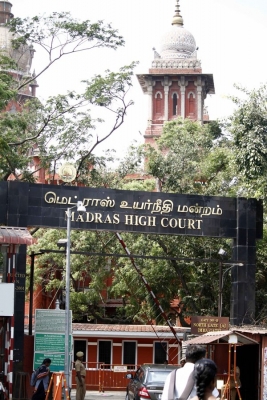 Chennai, Aug 12 (IANS) The Madras High Court set aside the award granted in favour of Isha Foundation of Sadguru Jaggi Vasudev in a case related to the non-payment of telephone bills due to the BSNL.

The huge bills amounting to more than Rs 2.5 crore were challenged by the Isha Foundation before arbitrator, Justice E. Padmanabhan who quashed the two bills. The BSNL challenged the arbitrators’ verdict before the Madras High Court.

Advocate P. Wilson, while appearing for BSNL, argued that after the calls were made and bills were raised in the exchange located inside the Isha Foundation, the institution cannot deny its liability on the ground that it has not made the calls.

He argued that the arbitrator did not take into account several documentary evidence and instead passed on the judgment of quashing both the bills on the words of a Yogi as if it was gospel truth.

He said that a “men can speak lies, but machine will not” and said that lakhs of calls were made from the Ashram and that the BSNL telephone exchange that was inside the Ashram had recorded these calls.

He said that the Ashram cannot deny the calls recorded by the exchange within the Ashram, and hence the bills that were raised against these calls are authentic. He said that liability to the BSNL cannot be denied by the Ashram.

Wilson argued that the findings of the arbitrator were miserably flawed and that the reasons given in the award are irrational and arbitrary. Various inferences drawn in the award were improper and any reasonable man would not have arrived at a conclusion like that based on such facts, he said.

The Ashram had argued that the private exchange inside the foundation was hacked and that there were no possibilities of the ashram having made such huge number of calls. The arbitrator had accepted the argument of the Ashram in toto and rejected the plea by the BSNL.

Justice Senthilkumar Ramamoorthy allowed the argument of BSNL and ordered a de novo enquiry by the arbitrator on the points raised by the telecom provider.