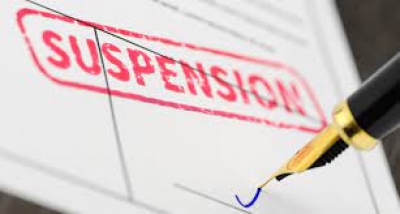 Guwahati, Aug 12 (IANS) Three police personnel have been suspended in Assam’s Darrang district for allegedly showing negligence in duty while handling the case of the death of a 13-year-old minor girl, officials said on Friday.

On June 11, the girl was found hanging in the house of one Krishna Kamal Baruah in Dhekiajuli area of Darrang. She was working as a maid in Baruah’s house.

There were widescale allegations against the top brass of the local police officers about the “improper handling” of the case.

It has been alleged that the police displayed extreme dereliction of duty in collecting photographic and videographic evidence of the incident.

It has been further alleged that a police officer had also put pressure on the family members of the deceased to not file a written complaint.

While on a visit to Dhekiajhuli on Friday, Assam Chief Minister Himanta Biswa Sarma interacted with the relatives of the deceased and inquired about the allegations they had labelled against the police.

Following that, Sarma has ordered the immediate suspension of Darrang Superintendent of Police (SP) Rajmohan Ray, Additional SP Rupam Phukan, and the Dhula Police Station Officer-in-charge for negligence in duty.

He has also asked the Director General of Police Bhaskar Jyoti Mahanta to constitute a three-member Special Investigation Team (SIT) for a thorough investigation into the incident. Two of the three members of the SIT shall be women.

Sarma has assured the family members of the deceased to get their house built by the government and also assured to give the state government’s flagship scheme ‘Orunodoi’ to them.

NDPP will not merge with BJP, says Nagaland CM Rio

13 IT professionals from TN rescued from Myanmar

Mercedes-Benz to hike prices from September 1