Arjun Kapoor Hints About Ranbir Kapoor’s Growing Drinking Issues? Says “Of late, He Has Been Living Up To The Kapoor Surname” 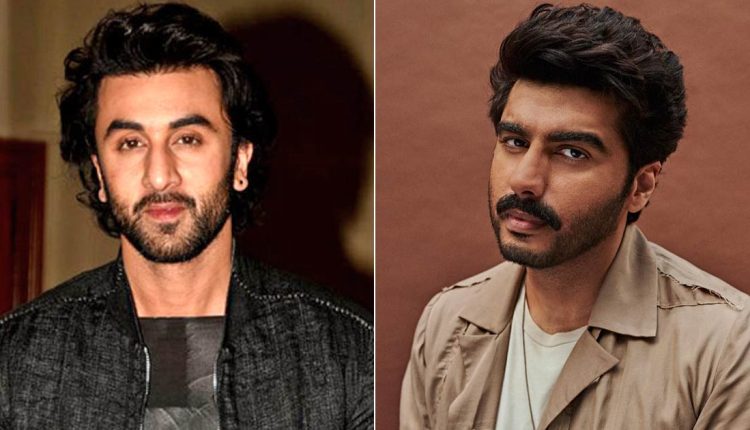 Arjun Kapoor Picks Ranbir Kapoor When Asked Who Would Be “Drunk AF” At A Vacation ( Photo Credit – Instagram ; Wikimedia )

Arjun Kapoor recently appeared on Koffee With Karan season 7 along with sister and actress Sonam Kapoor. Several deets were shared on topics like Arjun’s love life, Sonam’s pregnancy, and more. There was one point during the Karan Johar hosted show where Ranbir Kapoor’s name and alcohol were brought up. Keep reading to know why!

Since season 7 of the talk show started, several stars have guest-starred on it. This includes the likes of Sara Ali Khan, Janhvi Kapoor, Akshay Kumar, and Samantha Ruth Prabhu. The list goes on and on, and more are yet to appear.

The most recent episode of Koffee With Karan season 7 saw Arjun Kapoor and Sonam Kapoor grace the couch. Amongst many things, one comment related to Ranbir Kapoor hit the headlines. During the rapid-questions round, Karan Johar asked the Ek Villain Returns actor, “If you are on a vacation with friends, who would be drunk AF?”

Aamir Khan’s Laal Singh Chaddha Becomes His Third Worst Rated Movie On IMDb, Ranks Even Lesser Than Dhoom 3 But Can You Guess The Top 2?

To this, Arjun Kapoor picked Ranbir Kapoor and said, “Of late, he has been living up to the Kapoor surname.” Is this a hint toward the Shamshera actor developing drinking problems? For the unversed, both Ranbir and his father, Rishi Kapoor, were associated with bad alcohol habits. Once, the Barfi actor revealed that his father would have two drinks before going to bed.

Ranbir also once spoke about his own habits and said that even though he doesn’t have any addictions, he can sometimes lose count of how much he has had. “When I start, I don’t stop. I guess it’s in my blood; you know how my family is,” Kapoor told Health & Nutrition.

While Arjun Kapoor didn’t elaborate further on why he chose Ranbir Kapoor, it seems like he was hinting at the Brahmastra actor’s alcohol problems. Do you think there was a message in between the lines? Share your thoughts with us!

The post Arjun Kapoor Hints About Ranbir Kapoor’s Growing Drinking Issues? Says “Of late, He Has Been Living Up To The Kapoor Surname” appeared first on Koimoi.

I Am Groot Director Praises Vin Diesel For Lending His Voice In The Animated Series: He Just Stepped Up To The Plate & Nailed It”

Happy to be in final of World C’ships, worked really hard…

‘Winning Subroto Cup in front of Pele was…