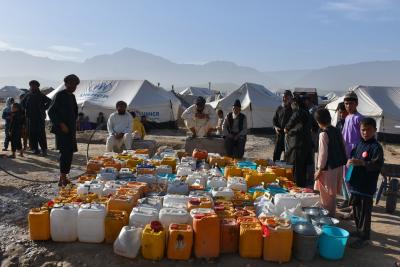 Geneva, Aug 13 (IANS) A total of 168 aid workers have been attacked so far this year, leading to 44 fatalities, the United Nations Office for the Coordination of Humanitarian Affairs (OCHA) said in Geneva.

OCHA spokesperson Jens Laerke told a press briefing on Friday that according to data from the NGO Humanitarian Outcomes, a partner of OCHA, more than 140 aid workers were killed in the line of duty in 2021, the highest number of fatalities since 2013.

According to the OCHA spokesperson, South Sudan, Afghanistan and Syria continue to be the most violent countries for aid workers, Xinhua news agency reported.

“Most of the over 140 fatalities in 2021 were killed by small weapons in shooting incidents, with the second-largest cause of death being air strikes and shelling, most of them in Syria,” he added.

Mentioning that next Friday will be World Humanitarian Day, Laerke also announced the launching of this year’s campaign and public call to show support for the work, determination, bravery and sacrifice that humanitarians all over the world demonstrate every day.

From today, he said, the people are invited to follow the hashtag on social media, to share, like, comment and support the postings by OCHA and others, and to use every occasion to show solidarity with people in need and appreciation for those who deliver aid.

World Humanitarian Day takes place every year on August 19, which was designated by the UN General Assembly in 2008 to commemorate the anniversary of the 2003 bombing of the UN headquarters in Baghdad which killed 22 aid workers.