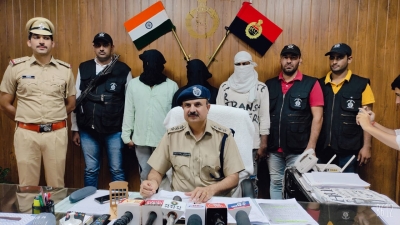 The men robbed the shop at gunpoint and decamped with jewellery and cash, the police said on Tuesday. Those arrested were identified as Pradeep, Abhimanyu and Aman.

The police said that the accused were nabbed from Dwarka Expressway on Monday by a team of crime branch Palam Vihar led by inspector Joginder Singh.

A country-made pistol and two live cartridges were recovered from the accused. They were produced before a court on Tuesday and were given one-day police remand.

A case of robbery was then registered against unidentified persons under sections 392, 397 IPC & 25-54-59 Arms Act at Sector-5 police station Gurugram.

Player allowed to play despite Covid, retaken shootout penalty: some controversies from Birmingham 2022