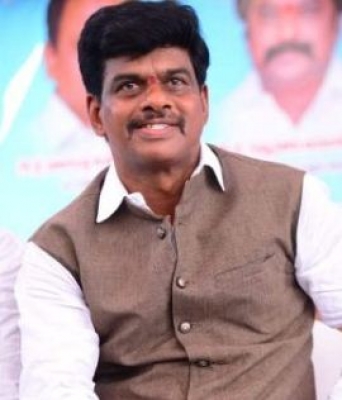 The TDP urged Speaker Om Birla to take stringent action against the Hindupur MP of the YSR Congress Party (YSRCP).

TDP MPs K. Ram Mohan Naidu and K. Ravinda Kumar alleged that the YSRCP is trying to shield its MP. Slamming the YSRCP leadership for taking no action against the MP though the video had gone viral, they said: “We are confident that the Lok Sabha Speaker will act on our letter.”

Naidu noted that initially YSRCP General Secretary and government advisor Sajjala Ramakrishna Reddy initially said that the MP will be suspended but now the party is not trying to play down the issue, by calling a private matter.

The TDP leader said the YSRCP leadership may be scared that if action is taken against Madhav, then it will also have to act against half of the party. He alleged that almost all the YSRCP leaders are either involved in videos or audios.

Naidu said the safety of women in Andhra Pradesh is under a threat and Madhav’s issue has proved it beyond doubt. He demanded that the YSRCP initiate immediate measures for protection of women.

Ravindra Kumar said that even woman leaders in the YSRCP are feeling ashamed of Madhav. “Why are you maintaining silence on this,” he asked. He said the MPs from not just Andhra Pradesh but the entire country are seriously discussing the issue of Madhav. How much time does it take for getting the forensic lab report on Madhav’s video, he asked.

Levelling allegation against LG’s decision AAP’s norm since it came to power: Baijal

Kangana and Sonam wore the same sari: Who wore it better?

Singapore to send 78 tonnes of Covid-relief materials to…