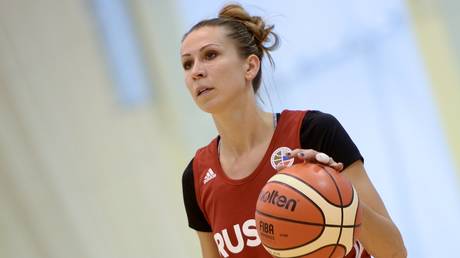 Evgeniya Belyakova, captain of the UMMC Ekaterinburg basketball club, says that her teammate Brittney Griner didn’t intend to break Russian drug laws when she was arrested earlier this year for bringing cannabis vape cartridges into the country.

WNBA star Griner, who represents the Ekaterinburg team during the American offseason, was jailed for nine years in a Russian court last week after being found guilty of the importation of narcotics in February.

Griner’s team argued that she had been prescribed the substance in the United States by a doctor, but it remains illegal in Russia.

The 31-year-old, though, says that she didn’t plan on bringing the item with her into the country, telling the court that “there was no intent, I didn’t want to break the law” – and this is an assertion to which Belyakova subscribes.

“I can’t add anything to what Brittney herself said at the trial. Unfortunately, many foreigners who play in Russian basketball clubs do not know our laws. I’m sure that Greiner did not seek to break the law. I explain what happened only by a combination of circumstances,” she told RIA Novosti.

Speculation remains that Griner may well be freed before the terms of her sentence are fulfilled, with the possibility of a prisoner exchange between Russian and the United States being mooted.

But whenever she gets out, Belyakova is backing Griner to emerge a stronger person.

“This is a very difficult question,” she said, when asked if Griner can return to the heights of her basketball career if and when she is released.

“Especially given that no one knows how long the excommunication will last. Basketball players return from maternity leave, and often play even better.

“A lot depends on how Brittney herself perceives her current situation. She may return to basketball even stronger, but it is possible that when she is released, she will devote herself to some other things.”

Griner, a former first pick in the WNBA Draft, has represented UMMC Ekaterinburg since 2015 and was joined at the club by Belyakova in 2016.

Belyakova played a single season in the United States in 2016 with the Los Angeles Sparks, where she won a WNBA title.

She has also represented Russia at the 2012 Olympics and has won three EuroBasket Women crowns.

Congress yet to decide on dates to elect party President