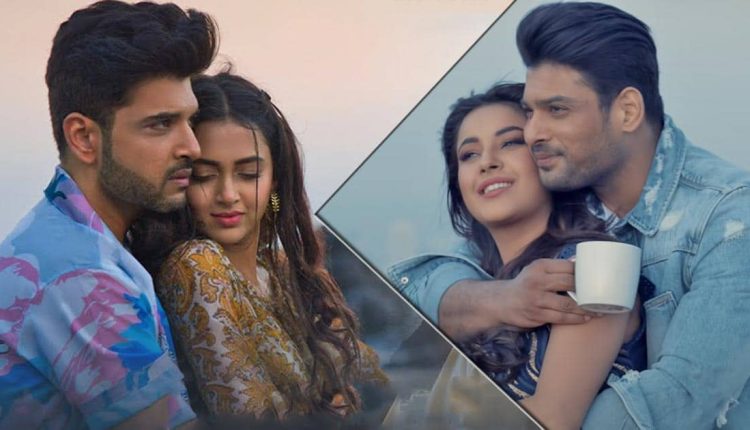 Karan Kundrra and Tejasswi Prakash is one of the most loved couples in the Television Industry. The two first connected on the Salman Khan-hosted reality show Bigg Boss 15. They have been together since then. Fans often call them TejRan.

The two never fail to an opportunity to show each other love, whether it be on or off camera. Their fans simply cannot get enough of them. Some of the fans even claim that TejRan has become the next SidNaaz when it comes to the popularity of Bigg Boss couples.

However, Karan Kundrra is seemingly unimpressed by the comparison. During a conversation with News 18 Showsha, Kundrra was asked about their popularity as a couple and being compared to the late Sidharth Shukla and Shehnaaz Gill. He replied, “I think it’s very stupid to say such things. Sidnaaz has got Sidharth (Shukla) in it. You cannot and you should not, out of respect, you should not compare. Our lives are not about hashtags.”

Koffee With Karan Season 7: “Sonam Kapoor Is Back” Yells Arjun Kapoor While The Actress Mistakes The Title Of Ranbir Kapoor’s Brahmastra As “Shiva No 1”
Shweta Tiwari’s ‘Stay S*xy Like Shweta’ Fitness Regime Decoded! From Losing 10 KGs Post Pregnancy To Meals Control, Here’s How She Maintains Her Figure

Kundrra further revealed how he never expected this much love from fans while they were in the Bigg Boss 15 house. He said, “Not at all, we had not anticipated this at all. We didn’t even know if we were accepted outside. Forget our fans, we didn’t even know if our parents have accepted us. We did not know this, the magnitude that it has become outside. That also gives us a lot of strength that we were doubting each other.”

Karan Kundrra has time and again expressed his desire to get married to his ladylove Tejasswi Prakash. However, they did not confirm when will go down the aisle and fans are eager to know it.

On the work front, Tejasswi and Karan have captivated hearts with their sultry chemistry in the song video Baarish Aayi Hai. Tejaswi is now playing a major role in Naagin 6, whereas Karan’s upcoming project has not yet been made public.

Maha to swap tigers for Asiatic lions from Gujarat

AAP’s remarks against L-G ‘defamatory’, made to tarnish his reputation: Delhi HC