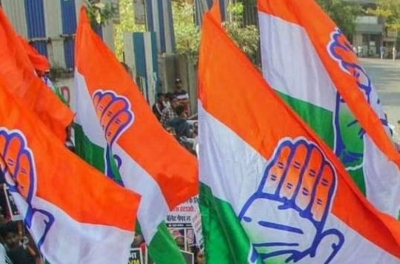 Panaji, Aug 9 (IANS) Claiming that Goa government could give regular jobs to only 115 candidates out of 1,16,379 persons registered with the employment exchange, the Congress has demanded the government to release a ‘White Paper’ on the employment scenario in the coastal state.

“As per the reply received by our MLA during the Assembly session, it has come to light that there are 1,16,379 unemployed persons in Goa who are registered with the employment exchange. From February 2019 to July 2022, the state government has provided employment to only 115 persons on regular basis, and to 1,749 persons on contract basis. The reply exposes the complete failure of the government to provide employment to the Youth,” Patkar said in a memorandum submitted to Pillai.

According to Patkar, the level of frustration is growing alarmingly among the educated youth, who are now taking to drugs and other vices.

“The government should release a ‘White Paper’ on the employment scenario in Goa, presenting the true facts and figures. We have also urged the Governor to direct the government to take up the recruitment process through the Staff Selection Commission,” Patkar told mediapersons.

He also said the government has failed to keep up with its promise of providing government jobs to the youth of Goa.

“It is unfortunate that the government has shown complete negligence towards the various reports published by different agencies and Union ministries highlighting the rising unemployment rate in Goa,” he said.

“The report prepared by the Centre for Monitoring of Indian Economy (CMIE) put the unemployment ratio of Goa at 13.4 per cent in May 2022, as against the national average of 7.12 per cent,” Patkar said.

“During the 2017 Assembly elections, the BJP had promised to provide 50,000 jobs to Goans. Chief Minister Pramod Sawant had announced to provide jobs to 10,000 Goans during the local body polls and the last Assembly elections. He recently made a statement of providing two lakh job opportunities in the next five years,” Patkar said, adding that the government should come clear over this.

IND vs AUS: Top 5 highest wicket-takers in T20Is in…

Daredevils look for momentum to take on RCB