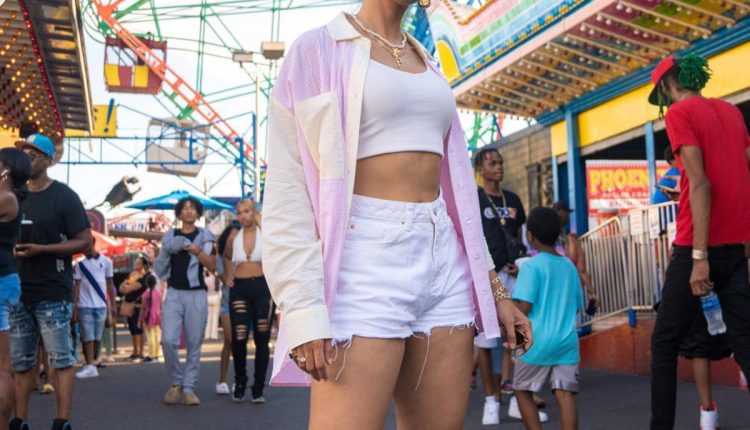 Pooja Hegde is one of the most promising actresses in the entertainment industry. She has worked in movies such as Radhe Shyam, Beast, Housefull 4, and others and made a mark for herself in the industry with her talent. Pooja Hegde enjoys a massive fan following and her fans wait for her photographs to come out in the public domain. Apart from being a talented actor, Pooja also loves travelling a lot. The actress is currently in New York. and has filled social media with some drool-worthy photos.
Speaking of which, a few hours ago, the actress shared some amazing photographs as she enjoyed her vacation in New York. Dressed in chic casuals, Pooja Hegde looked absolutely beautiful. While sharing the photos, Pooja wrote, “Let the adventure begin… #amused”. Her fans too rushed to drop sweet comments in the comment section as soon as she posted the pictures. They also dropped heart emoticons in the comment section.
Check Pooja Hegde’s post here:
View this post on Instagram

On the work front, Pooja will soon star alongside Liger actor Vijay Deverakonda in the pan-India flick, Jana Gana Mana. The Beast actress will be seen as the leading lady in the film. Apart from this, Pooja Hegde will also play the female lead in Mahesh Babu starrer SSMB28. This untitled drama will be directed by Trivikram Srinivas.
Speaking about her Bollywood career, Pooja has Kabhi Eid Kabhi Diwali, which is now titled Bhaijaan with Salman Khan in her kitty. Her Bollywood lineup further includes Rohit Shetty’s directorial Cirkus alongside Ranveer Singh.
ALSO READ: Sita Ramam: Did you know Pooja Hegde was the 1st choice as Sita not Mrunal Thakur in Dulquer Salmaan starrer?

6 Hollywood stars with the best abs in the business

Aries to Aquarius: Zodiac signs that are most compatible…

Kohli thanks Bachchan for congratulating him on his knock

Tiger Shroff-starrer ‘Rambo’ to go on floor in…