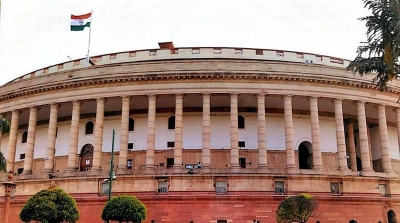 New Delhi, Aug 8 (IANS) The Parliament’s Monsoon Session ended on Monday, four days before its scheduled completion, with both the Lok Sabha and the Rajya Sabha adjourned sine die.

The session, which began on July 18, was slated to go on till August 12.

Rajya Sabha Chairman M. Venkaiah Naidu adjourned the Upper House sine die, stating that detailed statistics of the session will be circulated during the course by the Secretariat.

As his tenure as Vice President will come to an end on August 10, the house bid him farewell at a function held in the G.M.C. Balayogi Auditorium of Parliament Library Building.

Speaking on the occasion, Naidu noted that these last five years have been the most eventful, enlightening, and energising years of his life.

He applauded the way Central and state governments galvanised the country into a resilient nation during the times of pandemic, while living up to the ancient Indian ideal of “Vasudhaiva Kutumbakam’ by reaching out to other countries with medicines and vaccines.

Highlighting his interaction with leaders from other countries, Naidu stated that he had witnessed a perceptible change in India’s image in the comity of nations.

Acknowledging the role of Prime Minister Narendra Modi in promoting India’s image in the global arena, he said everyone should contribute to India’s standing and not belittle the accomplishments made by the country.

Saying that he had worked in a close association with all political parties and their leaders, Naidu stressed that the rapport and understanding developed out of this experience helped him to enhance productivity in Rajya Sabha and oversee the passage of many landmark legislations. He expected that political parties and its members in the house act in a manner that befits the stature of the Indian Parliament.

Highlighting India’s celebration of 75 years of independence, he said that India has come a long way in these years but there are still many formidable obstacles to progress that must be identified and removed. He further stated that there is a need to ensure equitable access of all the citizens to resources and opportunities to study, work and grow into an enlightened, empowered individual.

At the end, Naidu requested members to follow “3 Ds” – dignity, decency, and debate and do not resort to the fourth “D”, or disruption. “Continuous disruption of Parliament is disruption of democracy”

Deputy Chairman Harivansh, while presenting a farewell address on behalf of the members of the Rajya Sabha, described him as an “idea man” infusing new ideas into the country’s development agenda. He also stated that vast parliamentary experience, deep understanding of and fastidious attention to the rules and procedures were deeply reflected in the remarkable way Naidu conducted the proceedings of the House.

Bidding farewell to Naidu, Prime Minister Narendra Modi said: “You (Naidu) have always said that you have retired from politics but are not tired of public life… Your term in the office may be coming to an end but your experiences will continue to guide the nation for years to come.”