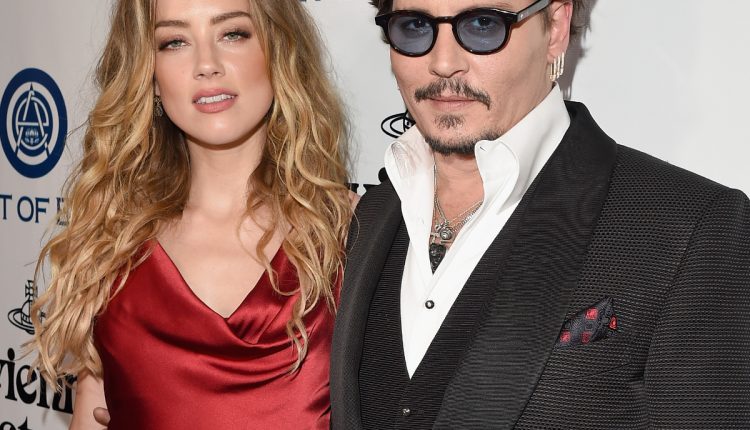 The last few months, the Johnny Depp vs Amber Heard defamation case was all over the headlines as the case that stemmed from their messy divorce in 2016 led to Depp putting up defamation charges of USD 50 million on the Aquaman starlet to which she replied with a countersuit of USD 100 million. The newest season of Law & Order: Special Victims Unit is set to recreate the publicized suit.
During the shooting of the upcoming episode in New York City, per ET Canada, snaps taken at the time showcase Det. Olivia Benson (Mariska Hargitay) exiting a courtroom alongside a female celebrity played by Julia Goldani Telles. In the scene, surrounding the two actresses were hoards of fans holding up placards, some in favour of Kelsey, seemingly the celeb’s name and others rooting for Austin who is apparently her courtroom foe and ex. The supporters in the scene mirror the public who lined up outside the Virginia court and put up signs showing whether they are “Team Amber” or “Team Johnny.”
However, all details about the episode have been kept under wraps until the 24th season of Law & Order: SVU returns in the fall.
For those unversed, the trial of the two Holywood celebs ended with Johnny packing home a monumental win as the jury unanimously sided with him. Meanwhile, though Heard lost major credibility among the public, she won one clause of her claims. Following the case, Johnny restored his public image and professional life which became essentially non-existent after Amber put domestic violence claims against him.
ALSO READ Iron Man 2’s Mickey Rourke says he has known Johnny Depp for ‘years’; Calls Amber Heard a ‘gold digger’

Rajasthan HC to resume hearing on Monday on plea of Pilot,…