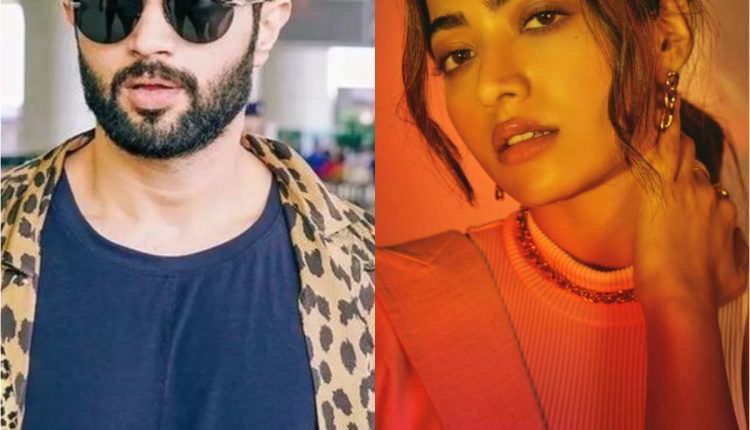 Vijay Deverakonda and Rashmika Mandanna have been a topic of discussion among movie buffs. Now, the Pushpa actress has reacted to VD’s Waat Laga Denge song from his upcoming action entertainer, Liger. She took to Twitter and shared the track along with the fire emoji. VD also replied to her post with a hug and red heart emoticon.

The song which was dropped today is a tribute to the essence of his daredevil character in the film. Previously, the Liger makers released the primary single from the film titled Akdi Pakdi. This peppy number featuring Vijay Deverakonda and Ananya Panday showcases their dancing prowess.

After denying his relationship with Rashmika Mandanna for a long time, the Arjun Reddy actor recently faced the question about his relationship status on the chat show, Koffee With Karan 7. During one section of the show, host Karan Johar asked Ananya Panday to confirm who are these actors dating and when he took Vijay Deverakonda’s name, she said, “he is in rush…rush to meet Mika Singh’s line.” The Dear Comrade star was not surprised by this and said laughing, “You really think so?” The entire episode of this famous show featuring the team Liger has been adored by the movie buffs.
Recently, VD also enjoyed the Mumbai local with his leading lady and he was even seen relaxing on her lap as the two were on their way to a promotional event. As Liger nears release on the 25th of August this year, the promotions are going on in full swing.

Rakesh Tikait to visit Gujarat to mobilise support for…