Every hospital to have e-library, says Haryana minister 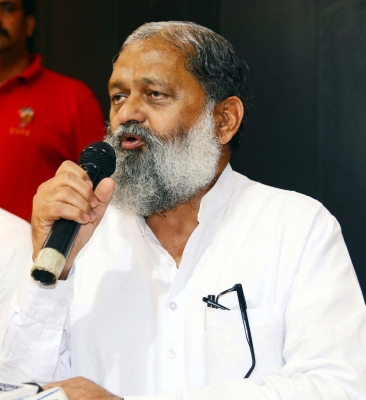 Chandigarh, July 27 (IANS) Haryana Health and Family Welfare Minister Anil Vij on Wednesday said an e-library will soon be started in every hospital and medical colleges will also be associated with this facility.

Addressing a gathering during the DNB Orientation Programme in Panchkula near here, he said the state is moving towards digitisation.

“The hospitals are connected with e-Upchaar, but we want that every PHC (public health centre) and hospital in the state should be connected to e-Upchaar and the Health Department is moving forward towards this initiative.”

Vij said mapping would be done soon in Haryana regarding health infrastructure facilities for which tenders had been invited. He said health facilities were being provided on the basis of demand, but after mapping.

The minister said the mapping will be done by an agency which will reveal how much health facilities are required at which city, town or village level of the state. Haryana will be the first state to get mapping done in the field of health.

He said a separate provision has been made for health-related buildings in the health budget and soon a survey will be conducted for the dilapidated buildings of the Health Department and after the survey, the buildings will be repaired.

Who are at the most risk from influenza?

‘Doosra’ is very special to me: Abhinay Deo