Uorfi Javed Reveals Being Homeless, Sleeping In Parks & Getting Thrown Out From A Fancy Restaurant: “I Wanted To Kill Myself” 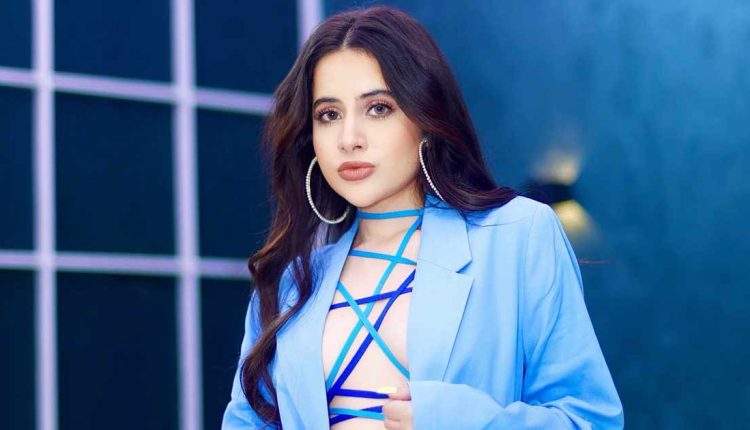 Uorfi Javed Opens Up About Being “Too Weak To Commit Suicide,” Says “Whenever Someone Has Pulled Me Down…” ( Photo Credit – Instagram )

Uorfi Javed (initially spelt as Urfi Javed) is one personality who pretty much makes the headlines every single day. The actress – who became a household name and a pap favourite after her stint in Bigg Boss OTT last year, has struggled to make it to where she is today. And now, she has poured her heart out and opened up about the darkest phase of her life.

During a recent chat, Uorfi recalled her early years in the industry, the trials she faced in the initial phase of her career, her financial woes and more. While talking about the time she was homeless and even slept nights in parks, she also spoke about contemplating ending her life. Read on to know all she has to say and how today she feels grateful and blessed for all she has.

During a recent chat with SpotboyE, Uorfi Javed got candid about wanting to quit work and even contemplating killing herself at the start of her career. Talking about her journey, the Bigg Boss OTT fame shared, “There was a time I had no house, I was living in the parks. I was homeless. Ek time pe mai park wagira pe bi soyi hun, friends ke ghar kuch dino ke liye rehi hun. In winters, I have slept on the floor with no quilts and no bed. But now, I have everything.”

Bigg Boss 16: Munawar Faruqui Rubbishes The Rumours Of Getting Approached, Says “It’s My Dream To Work With Salman Khan”

Uorfi Javed continued, “When today I look back from where I started, I feel blessed, lucky, and grateful. One thing I am proud of myself for is not giving up. I remember there were so many times I wanted to give up, I want to quit. I wanted to kill myself. I am glad I didn’t give up during those testing times.”

Continuing further, Uorfi added, “Everyone goes through emotions like depression, have suicidal thoughts when you have no money, no money to eat or to feed your family. I have managed to survive all this because of my will to live. I am too weak to commit suicide.” The actress – who is known for her controversial fashion sense, further stated, “Also, whenever someone has pulled me down, it made me more adamant to prove them wrong. People have told me nasty things like, tu toh shows mai side role karte hi reh jayi, tu toh aise hi hai, tu toh gareeb hai.”

Recalling one incident where she was looked down at, Uorfi Javed stated, “I remember once I when to a big restaurant where all big stars use to come when it was newly opened, there was a waiter he insulted me saying that you are not a member. He told me to get out of there and everyone was watching, it was a very embarrassing moment for me. These incidents have made me strong.”

On the professional front, Uorfi Javed has recently been featured in a couple of music videos. Besides that, her atrangi – and sometimes outrageous fashion choice, always make her a talking point.

For more news and updates from the entertainment world, stay tuned to Koimoi.

The post Uorfi Javed Reveals Being Homeless, Sleeping In Parks & Getting Thrown Out From A Fancy Restaurant: “I Wanted To Kill Myself” appeared first on Koimoi.

BTS’ Record-Breaking Instagram Earnings: From V Charging INR 54 Lakhs To RM’s 12 Lakh Per Post, ARMY Find Out How Much Your Favourite Member Earns From Social Media

Pushpa 3: Fahadh Faasil Asked To ‘Be Ready’, Manoj Bajpayee To Play An Important Role In Pushpa: The Rule?

Harsh Mander: The ‘love jihad’ bogey in Kashmir is another…