Johnny Depp Cracks The $300 Million Disney Deal To Return To Pirates Of The Carribbean? Wear His Burgundy Headband For The 1st Time Since The Fallout 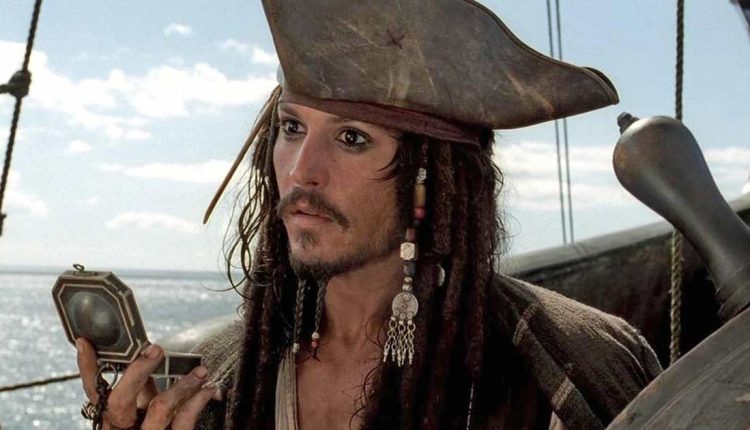 Johnny Depp Cracks The $300 Million Disney Deal To Return To Pirates Of The Carribbean? ( Photo Credit – A Still From Pirates of the Caribbean )

A lot is being written and said about Johnny Depp’s return to Disney to play his much-loved character Jack Sparrow in Pirates of the Caribbean. After fighting a long battle against his former wife Amber Heard for 6 weeks emerged victorious, recently. The former couple has been making headlines for being involved in the mud-slinging defamation trial against each other. Currently, Depp’s fans have been waiting with bated breath and requesting the actor to return to the ‘Pirates of the Caribbean’ franchise and patch up with Disney.

For the unversed, Depp and Disney had major fallout after the production house blacklisted him from the franchise and other Disney projects after Amber made some serious and shocking allegations.

All those who were waiting eagerly for an update about Johnny Depp’s return we have something for you. If his latest photos and videos are anything to go then looks like Depp has hinted at his return as Jack Sparrow in the ‘Pirates of the Caribbean’. Yes, you read that absolutely right! During his recent live performance with Jeff Beck, the actor teased his fans about a potential return to the franchise as he was seen wearing his signature burgundy bandanna.

When Angelina Jolie Suggested She Should Perform The Most Graphic, Crazy S*x Act With Brad Pitt Saying She Liked To Be Shocking S*xually

Ricky Martin Denies Having S*xual Or Romantic Relationship With Nephew, Singer Calls It ‘Untrue’ And ‘Disgusting’

Ever since reports of his fallout with Disney made headlines, Johnny Depp was seen wearing different headbands one of which was a black polka dot. But to see him wear the same bandanna as his on-screen character Jack Sparrow has got us all excited. While there’s no confirmation on the same, him opting for the same headgear has raised many eyebrows and got his fans talking about his potential patch-up with Disney and return to ‘Pirates of the Caribbean‘.

Earlier reports were a buzz that Disney had apparently apologized and had made an offer to Depp. However, Depp’s representatives were quick to quash the news and call it “untrue.”

Must Read: Johnny Depp’s Lawyer Calls Amber Heard ‘Desperate’ After Her Request Of A Retrial Due To A Juror Mix-Up: “No Case Law To Support Her Argument”

The post Johnny Depp Cracks The $300 Million Disney Deal To Return To Pirates Of The Carribbean? Wear His Burgundy Headband For The 1st Time Since The Fallout appeared first on Koimoi.

Richa slams ‘enthu-fans’ for following her on…