Kapil Sharma To Go Up & Against Sunil Grover Once Again, This Time On The Same Channel! Will This Be Another Mad In India VS The Kapil Sharma Show? 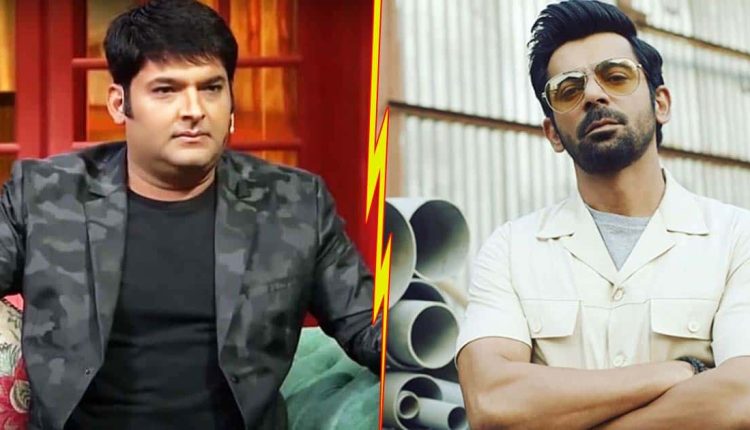 Kapil Sharma To Go Up & Against Sunil Grover Once Again, This Time On The Same Channel!(Photo Credit–Instagram)

Actor-comedian Sunil Grover made headlines earlier this year when he was admitted to the hospital after suffering a heart attack. The comedian is now extremely fit and fine and he has been reportedly approached to return to a TV show but this time competing with Kapil Sharma.

Grover is well known for his portrayal of characters like Dr. Mashoor Gulati and Guthi on The Kapil Sharma Show. After the infamous brawl, the actor left the show and since then has been with films and web series.

As per the latest report from Bollywood Life, Sunil Grover has been approached for a part of the new show India’s Laughter Champions. This will automatically lead him against Kapil Sharma who is the strongest competitor. The Kapil Sharma Show, on the other hand, has been off the air for the past few weeks since Kapil and his team went on a US tour.

Soon the team will return from US tour and will start Kapil Sharma’s show. Some reports even claimed that there is a discussion to get more actors on board, however, everything will be finalised when Kapil will come back to Mumbai and sit down with the team for the discussion.

However, now both Kapil Sharma and Sunil Grover have moved on from their spat and have previously expressed the possibility of working together in the future. Sunil said that ” There are no plans as of now, but if someday, something comes up, then we will work together”.

Kapil too, back in 2020, admitted that he has moved on and has learned a lot from Sunil. He also said that someday he would like to work with him again. But it seems both will face a fight against TRP once again by launching a brand new comedy show.

Must Read: Samantha Has Found A Perfect Script For Her Bollywood Debut & Will Be Sharing Screen With This Young Generation Star?

The post Kapil Sharma To Go Up & Against Sunil Grover Once Again, This Time On The Same Channel! Will This Be Another Mad In India VS The Kapil Sharma Show? appeared first on Koimoi.

When Jennifer Lawrence Wore A Whopping Rs 31 Crore Worth Strapless Gown, Only To Trip On It That Evening

Chose agreement with Iran or coercion against it Zarif to…