‘Only in exceptional circumstances’: SC on issuing directions for CBI probe 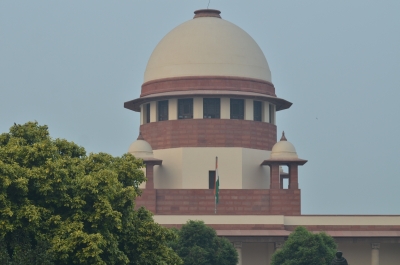 New Delhi, July 14 (IANS) The Supreme Court on Thursday said that the power of transfer an investigation must be used sparingly and only in exceptional circumstances, as it junked a plea by activist Himanshu Kumar demanding a CBI probe against the Chhattisgarh Police and central security forces for an alleged massacre of tribals in two separate places in Dantewada in 2009.

A bench of Justices A.M. Khanwilkar and J.B. Pardiwala said: “It is now settled law that if a citizen, who is a de facto complainant in a criminal case alleging commission of cognizable offence affecting violation of his legal or fundamental rights against high government officials or influential persons, prays before a court for a direction of investigation of the said alleged offence by the CBI, such prayer should not be granted on mere asking.”

It said the principle of law that emerges from the precedents of this court is that the power to transfer an investigation must be used “sparingly” and only “in exceptional circumstances”.

The bench said in an appropriate case when the court feels that the investigation by the police authorities is not in a proper direction, and in order to do complete justice in the case and if high police officials are involved in the alleged crime, the court may be justified in such circumstances to hand over the investigation to an independent agency like the CBI.

“By now, it is well-settled that even after the filing of the charge sheet, the court is empowered in an appropriate case to hand over the investigation to an independent agency like the CBI,” it added.

“The extraordinary power of the constitutional courts under Articles 32 and 226, respectively, of the Constitution of India qua the issuance of directions to the CBI to conduct investigation must be exercised with great caution as underlined.”

The bench said it is “conscious of the fact that though a satisfaction of want of proper, fair, impartial and effective investigation eroding its credence and reliability is the precondition for a direction for further investigation or reinvestigation, submission of the charge sheet ipso facto or the pendency of the trial can, by no means, be a prohibitive impediment”.

It reiterated that an investigation may be transferred to the CBI only in “rare and exceptional cases”. “One factor that courts may consider is that such transfer is imperative to retain public confidence in the impartial working of the state agencies,” it added.

The apex court made these observations while junking a plea by activist Kumar and other petitioners, family members of tribals killed in the alleged massacre, seeking a CBI probe against the Chhattisgarh Police and central security forces in two separate incidents in Dantewada in 2009. The top court also slapped a fine of Rs 5 lakh on Kumar.

La Nina conditions likely to prevail up to end of year, not likely to impact Indian monsoon

Heartwarming to receive appreciation for hard work on…