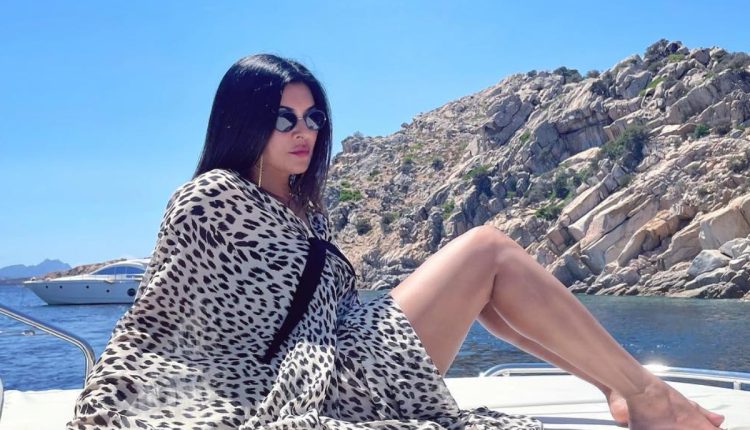 Sushmita Sen is one of the most popular and loved and charming personalities in the entertainment industry. She has starred in many movies like Biwi No.1, Aaghaaz, Kyo Kii… Main Jhuth Nahin Bolta, Samay: When Time Strikes, Maine Pyaar Kyun Kiya?, Do Knot Disturb, and others. The former beauty queen is quite active on social media and treats her fans to glimpses of her personal and professional life every now and then. Sen is currently holidaying in Sardinia, Italy, and recently shared a hot picture on Instagram
Sushmita raised the temperature as she wore an animal-print kaftan with sunglasses and gave ‘Dilbar Dilbar’ vibes. While sharing the photo, she wrote, “La Dolce Vita #sardinia I love you guys!!! #duggadugga”. As soon as she posted the photo, her daughter Renee Sen reacted and dropped heart and fire emojis. She also commented “obsessed” on her mother’s picture.
Check Sushmita’s photo here:
View this post on Instagram

Meanwhile, in an earlier conversation with Pinkvilla, Sushmita had expressed her excitement for Aarya 3. “Yes, I was reading an interview of Ram Madhvani and he was saying that, ‘It all depends on how much love Aarya season 2 gets.’ I was like, ‘Please jaldi jaldi pyaar bhejo. Mujhe third season shoot karna hai.’ I love Aarya. I think it’s a story that needs to be told in its entirety, and given that we took our first season from dubbing in the closet to the Emmys and to seven best actresses and to just the love and the adoration of a billion people just in our country. Yes, I am praying that they love season 2,” the actress had said.
ALSO READ: Sushmita Sen glows in ‘Italian sun’ as she shares a PIC from her vacay; Fans ask ‘How are you so pretty?’

Vicky Kaushal will make you go ‘damn’ with his latest photoshoot in uber-cool black jacket; WATCH