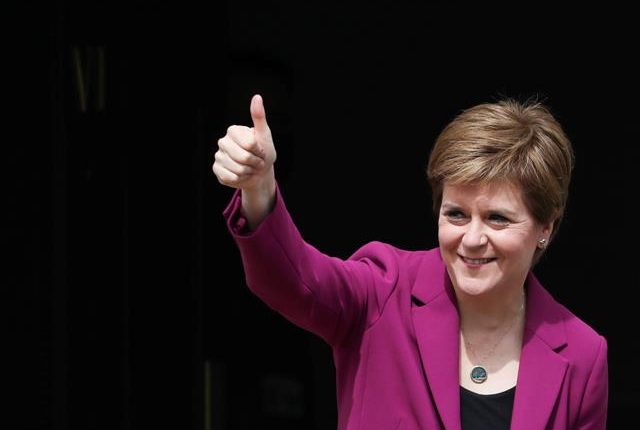 Scottish First Minister Nicola Sturgeon said on Tuesday that the Scottish parliament would publish an independence referendum bill with a planned date for a vote on secession to take place on Oct. 19, 2023.

Sturgeon said she would be writing to British Prime Minister Boris Johnson for permission to hold a consultative referendum, saying it was vital the vote was legal. She said the issue would be referred to the UK Supreme Court.

Voters in Scotland, which has a population of around 5.5 million, rejected independence in 2014. But Scotland’s semi-autonomous government says Britain’s departure from the EU, which was opposed by a majority of Scots, means the question must be put to a second vote.

Johnson and his ruling Conservative Party, which is in opposition in Scotland, strongly oppose a referendum, saying the issue was settled in 2014 when Scots voted against independence by 55 per cent to 45 per cent.

He has previously refused to issue a “Section 30” order to allow a referendum to take place. Reuters

Wipro to ramp up headcount in Nordic region

Parties have to publish criminal records of poll candidates…

5 Bollywood jodis who met on sets & fell in love