Rajkummar Rao and Patralekhaa give major couple goals as they smile in the latest selfie; PIC 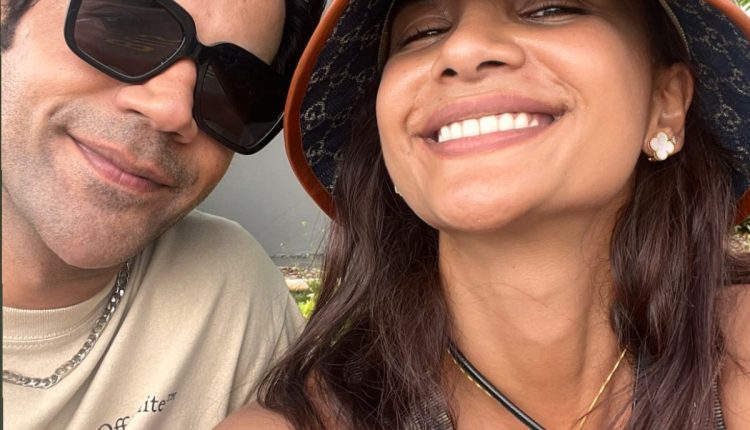 Rajkummar Rao and Patralekhaa are one of the most adored and loved couples in the tinsel town of Bollywood. The couple dated for around 11 years before tying the knot in 2021. It was an intimate wedding ceremony in Chandigarh. Rajkummar and Patralekhaa are often seen packed in PDA. They enjoy a massive fan following and their loved ones also adore their chemistry.
Speaking of which, a few hours ago, Patralekhaa shared an adorable photo in the stories section of Instagram. In the snap, the cute couple can be seen sitting and chilling in an exotic location. They smiled ear to ear for the photo. Rajkummar too reshared the same photo on his ‘gram.
Check post here:
Meanwhile, on the work front, Rajkummar will next be seen in Mr & Mrs Mahi opposite Janhvi Kapoor. This will be the second time Rajkummar and Janhvi will be collaborating after their horror-comedy stint Roohi. He also has Bheed with Bhumi Pednekar. Next, he will also star in the remake of the Telugu film Hit – The First Case alongside Sanya Malhotra.
A few days back, the trailer of Hit- The First Case was released. It features Rajkummar as a fierce cop from HIT (Homicide Intervention Team) who is on a mission to find a missing girl. The teaser gives a glimpse of Rajkummar’s intense role as he struggles to strike a balance between his personal and professional life and solve the case while fighting his inner demons. To note, HIT – The First Case marks Rajkummar’s first collaboration with Sanya. HIT-The First Case is the remake of the Telugu movie of the same name.
Talking about Patralekhaa, she will be seen in the upcoming movie Phule opposite Pratik Gandhi, in which, they will essay the role of social activists and reformers Mahatma Jyotirao Govindrao Phule and Savitribai Phule. The actress will also feature in Amazon Prime Videos’ web series, Gulkanda Tales alongside Kunal Kemmu.
ALSO READ: Hit-The First Case Trailer: Rajkummar Rao & Sanya Malhotra take you on a journey filled with thrill & suspense

Train crashes in US

When Rishi Kapoor advised Ranbir Kapoor on marriage & starting a family: You have to be very careful because…

Found: The Perfect Lingerie to Lounge Around In