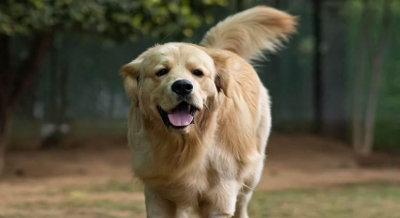 Bengaluru, June 27 (IANS) Authorities are all set to ban the entry of pet dogs in Cubbon Park, one of the largest lung spaces in Bengaluru from July 1. However, dog lovers and pet owners are seeing red over the decision.

The horticulture department had earlier also made a similar decision and reversed it after facing stiff protests by the people. The proposal to ban pets this time has been made after 300 walkers and joggers who frequent Cubbon Park lodged a complaint regarding the pet dog menace inside the park.

They objected to peeing and pooping by pet dogs everywhere.

However, pet lovers are suggesting that banning all pets because of the irresponsibility of a few pet owners is not tenable. Instead they should have thought about imposing fines and other disciplinary action, they maintained. A few other dog owners have suggested that the authorities should have formulated separate guidelines for pets inside Cubbon Park.

Cubbon Park Canines and Cubbon Dog Park volunteers have moved a petition on change.org demanding the reversal of the decision to ban pets. Nearly 13,000 people have signed this petition against the pet dog ban decision in 48 hours as animal lovers from Bengaluru and across the country oppose the alleged ‘Pet Ban’ in Cubbon Park.

Anmol Betala, a frequent visitor to this park, stated on Twitter that the Cubbon Park authorities are moving ahead with banning dogs from Cubbon Park, including the Sunday Dog Park. This is quite literally the only safe place for dogs in Bengaluru to get the space and social activity they desperately need. However, this situation could be reversed.

Bengal has more girl students than boys in schools: Survey

Bieber feels Gomez is his ‘soulmate’