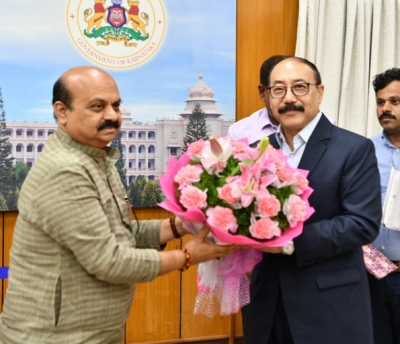 India is set to take charge, in December, as the chair of the G-20, which comprises 19 leading countries and the European Union (EU).

After the meeting Shringla said that the G20 is making an immense contribution for the growth of world economy and development, and for the first time, India is getting the opportunity to head it.

“In accordance with Prime Minister (Narendra) Modi’s wish, a series of G20 related meets would be held in various parts of India. There are plans to hold about 10 meets in Karnataka. We need the state government’s cooperation and suggestions in this regard,” he said.

Bommai said that Karnataka has ties with all the nations which are part of G20, and so it is only apt to hold these meets in Karnataka.

“It is a matter of pride,” he said and suggested projecting Karnataka’s conducive economic and industrial ecosystem to the participating nations during the proposed meets.

Karnataka is in the forefront in technology based industries, it is the leading state in number of startups, unicorns and decacorns. The state is also set to emerge as the hub for production of semiconductors and Green Hydrogen, Bommai said.

Bholaa: Makers to tweak the story of Ajay Devgn starrer,…

Mom-to-be Kajal Aggarwal gets a makeover; Flaunts her new…