EU member state violated ‘anything and everything’ – Kremlin 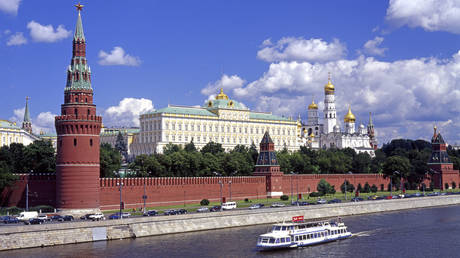 Russia’s Foreign Ministry has also weighed in, demanding that Lithuania lift the ban on the transit of goods to Kaliningrad Region

Speaking to the media, Peskov described Vilnius’ move as “truly unprecedented” and a “violation of anything and everything.” He said that Moscow understands that Lithuania’s decision is connected with the EU’s move to also impose sanctions on goods in transit. However, according to Peskov, Russia sees this extension of the punitive measures as illegal.

“The situation is more than serious and calls for deep analysis before any measures and decisions are formulated,” President Vladimir Putin’s spokesperson noted.

NATO engaged in ‘direct aggression’ against Russia, Moscow must defend itself – senator

He added that “this deep analysis” would be conducted in the coming days.

When asked if Lithuania’s actions were a blockade of the Russian exclave, Peskov replied by saying “this is an element of a blockade, of course.”

Meanwhile, Russia’s Foreign Ministry has issued a statement demanding that Lithuania “immediately” lift the ban imposed on the transit of certain goods to Kaliningrad Region.

On Saturday, Lithuanian authorities announced that goods subject to EU sanctions would no longer be allowed to pass through its territory to enter Kaliningrad Region. Among the goods the transit of which is now being blocked are coal, metals, construction materials and advanced technology. The region’s governor, Anton Alikhanov, said the ban means that as much as 50% of all the goods destined for Kaliningrad Region would be affected.

Lithuania’s state railway service, LTG Cargo, confirmed the same day that, according to clarifications from the European Commission, even if sanctioned goods and cargoes travel from one part of Russia to another, but through the territory of the EU, their transit should still be prohibited.