Amid Reports Of Kartik Aaryan Hiking His Fees To 40 Crores Per Film, Bhool Bhulaiyaa 2 Producer Bhushan Kumar Says “He Supported Us Financially” 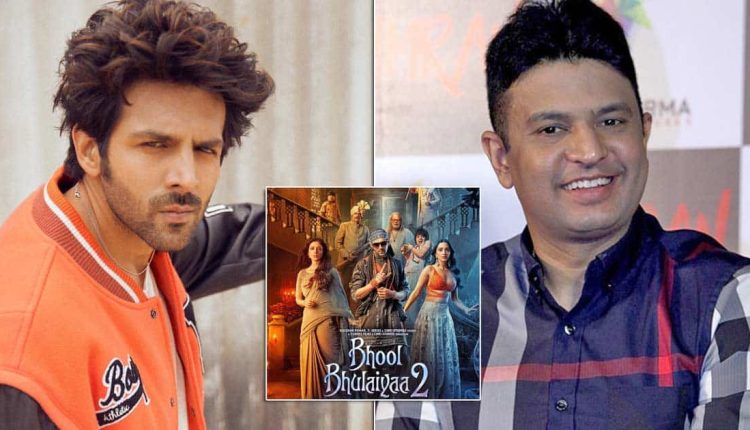 Kartik Aaryan has been making a lot of noise ever since Bhool Bhulaiyaa 2 hit the theatre screens. The film worked way above expectations and has already garnered 171.17 crores at the box office. There was a lot of curiosity about how much profit the actor earned from the film. While that may not have been revealed, Bhushan Kumar has opened up on how their leading star supported them financially. Read details now!

As most know, Bhool Bhulaiyaa 2 has been directed by Anees Bazmee. The film also stars Kiara Advani, Tabu in pivotal roles. Owing to the huge success, there were reports that Kartik has hiked his remuneration to 35-40 crores per film. The actor had however rubbished those rumours.

In the latest interaction with Pinkvilla, Bhushan Kumar has opened up about how producers have to cut down budget of the movie to meet the fees of the actors. He gave the example of Bhool Bhulaiyaa 2 and said, “Actor should keep their fees as per the film. At the end of the day, actors should be supportive. Kartik has always been like that. For our next film—Shehzada, we were having some problems. But Kartik stood by us and said ‘I’m there for you guys. We will solve this together’. He supported us financially as well.”

Shehzada will star Kartik Aaryan alongside Kriti Sanon. The film has been directed by Rohit Dhawan and is backed by Bhushan Kumar’s T-Series.

The post Amid Reports Of Kartik Aaryan Hiking His Fees To 40 Crores Per Film, Bhool Bhulaiyaa 2 Producer Bhushan Kumar Says “He Supported Us Financially” appeared first on Koimoi.

Friends’ Jennifer Aniston Roams Around With An On-The-Go Cooler In Her Car, Here’s Why