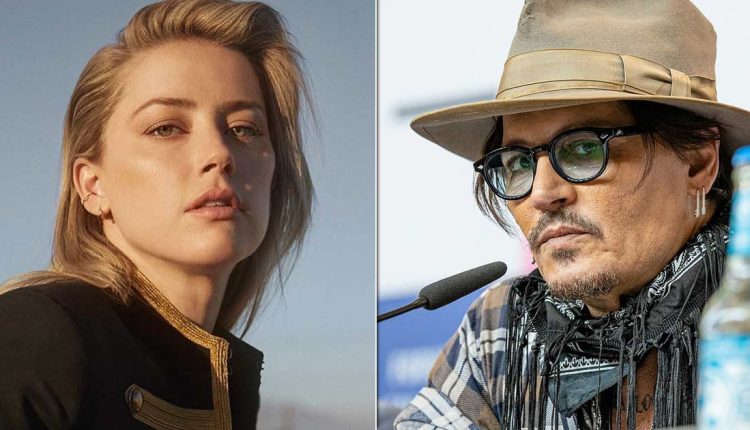 Amber Heard Could Go To Jail Over Claims Of Doctored Photos In The Johnny Depp Case ( Photo Credit – Instagram ; Wikimedia )

Actress Amber Heard could face jail over claims she edited injury photographs in her court feud against Johnny Depp.

Defamation lawyer Aaron Minc warned that “more and more objective evidence that she is lying about things under oath” could lead to a sentence for the ‘Aquaman‘ actress, reports aceshowbiz.com.

Minc spoke out as the jury in the feuding couple’s case is set to resume deliberations on Tuesday after their legal teams finished offering furious closing arguments.

Johnny Depp Fans Start A Petition Demanding Camille Vasquez To Replace Amber Heard In Aquaman 2: “If She Is Half The Actor She Is As A Lawyer…”
Not Shah Rukh Khan’s DDLJ But This James Bond Film Holds The Record Of Getting ‘Screened’ Every Day In India For Over 3 Decades!

Despite telling website JOE “a few days ago” he didn’t think there was any chance Heard could face prosecution for anything she had said on the stand during her ex-husband Depp’s defamation trial, Minc admitted to have a change of heart as the case hurtled towards its conclusion.

“I think that, as this case goes on, and we start seeing more and more objective evidence that she is lying about things under oath,” he said, “that’s when it starts crossing the line into the possibility that she is fabricating evidence, fabricating photos, fabricating bruises, altering evidence and then submitting it.”

Minc warned fabricating evidence is not only “really serious” but also “really offensive” to the justice system. He said, “I would hope that prosecutors would take a close look at it because if there is very clear evidence that she did that, that should certainly be considered.”

“If it was proven that that was the case,” he added, “and there’s certainly some questions being raised in the trial currently, that could potentially lead to a criminal prosecution and jail time.”

Heard has been accused by lawyers for Depp of lying about everything from having to use make-up to cover up bruises allegedly inflicted by the ‘Pirates of the Caribbean’ actor to failing to give the $7 million from their divorce settlement to good causes.

It came after Sean Caulfield, a partner at law firm Hodge, Jones and Allen, told MailOnline, Heard could face a perjury probe in the UK as misleading a court “cuts to the core of our justice system.”

When asked if he can see police investigating claims she may have lied under oath about donating her $7 million, he added: “Yes, I think so. While it may not be a central issue to the case, perjury is the single biggest threat and cuts to the core of our justice system, so the police may be invited to investigate to show that any member of the public who lies to the court can be prosecuted for perjury.”

The Johnny Depp v Amber Heard defamation trial has gripped public attention and sparked huge debate on the state of gender relations and progress of the ‘MeToo’ movement.

Seven of 11 impaneled jurors selected for the trial when it started in April spent a couple of hours beginning to deliberate a verdict after the conclusion of closing arguments on Friday but are not expected to return a verdict on whether Heard defamed Depp for another few days.

Depp is suing his ex-wife for defamation over a 2018 op-ed she penned for The Washington Post where she described herself as a “a public figure representing domestic abuse”.

The ‘Ed Wood’ actor says it falsely implies that he is a domestic abuser, which he vehemently denies, and that it has left him struggling to land roles in Hollywood.

Depp is suing for $50 million, while Heard is countersuing for $100 million. She accused her ex-husband of orchestrating a “smear campaign” against her and described his lawsuit as a continuation of “abuse and harassment.”

Must Read: Robert Pattinson Once Asked A Girl To Take Off Her Clothes During A Fan Meet & She Did: “I Never Felt More Terrible”

The post Amber Heard Could Indeed Go To Jail In Johnny Depp Defamation Trial? Here’s Where She Went Wrong appeared first on Koimoi.

Mercury Direct in Taurus 2022: Here’s how it will impact zodiac signs like Leo, Aries, Pisces

Heat and Dust, Blames and Hails: BJP gets going for turf war of 2024

India will give top priority to national interest in FTA negotiations: Piyush Goyal

Nadda holds meeting with BJP leaders to discuss strategy for…

IS attacks Kurdish base in Syria, kills 16