Modi to interact with beneficiaries of govt schemes in Shimla 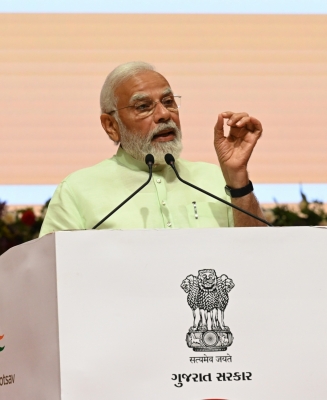 New Delhi, May 29 (IANS) Prime Minister Narendra Modi will virtually interact with the beneficiaries of 16 schemes and programmes run by nine central ministries and departments on May 31.

In a statement, the Ministry of Agriculture and Farmers Welfare said that under the ‘Azadi ka Amrit Mahotsav’ year-long celebrations, a mega joint event of various Central Ministries will be held on May 31 in which Prime Minister Modi will be the chief guest.

“In this national level programme called ‘Garib Kalyan Sammelan’ in Shimla, Modi will interact with the beneficiaries of 16 schemes/programmes run by nine Central Ministries/Departments through video conferencing,” it said.

Prime Minister Modi will release the 11th installment of PM Kisan Samman Nidhi, worth over Rs 20,000 crore, to more than 10 crore farmers.

As part of this series of programmes, the Union Minister for Agriculture and Farmers Welfare Narendra Singh Tomar will join the farmers in Pusa, national capital.

Under the two-phase programme, the state/district/KVK level functions will start at 9.45 a.m. and will be linked to the national level programme around 11 a.m.

The national programme will be telecast live on Doordarshan’s national and regional channels.

The programme will also be webcast through MyGov, in which people will be able to register. It can also be viewed through other social media channels.

IPL 2022, Final: These finals don’t come around too many times, says David Miller

TV is still stuck in the past: Shama Sikander