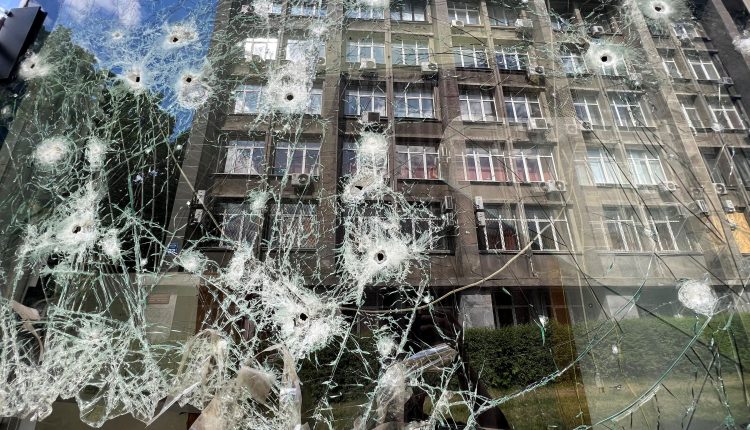 Kyiv acknowledged its worst military losses from a single attack of the Ukraine war on Monday, saying 87 persons had been killed last week when Russian forces struck barracks housing troops at a training base in Desna.

The announcement that scores had been killed in a single strike in north Ukraine demonstrated Russia’s ability to inflict huge losses on the country, even far from the front. President Volodymyr Zelenskyy disclosed the toll during a speech on Monday by video link to business leaders in Davos, Switzerland.

“History is at a turning point… This is really the moment when it is decided whether brute force will rule the world,” Zelenskyy said in his address, calling for maximum economic sanctions on Russia.

In the latest fighting at the battlefront, Ukraine said on Monday it had held off a Russian assault on Sievierodonetsk, an eastern city that has become the main target of Moscow’s offensive since it finally seized Mariupol last week.

Russian forces tried to storm Sievierodonetsk, but were unsuccessful. — Reuters

Davos: A veteran Russian diplomat to the UN Office at Geneva, Boris Bondarev (41), says he handed in his resignation before sending out a scathing letter to foreign colleagues inveighing against the “aggressive war unleashed” by President Vladimir Putin in Ukraine. AP

Richa Chadha Says Trolls Have Made Her Famous: “They Don’t…