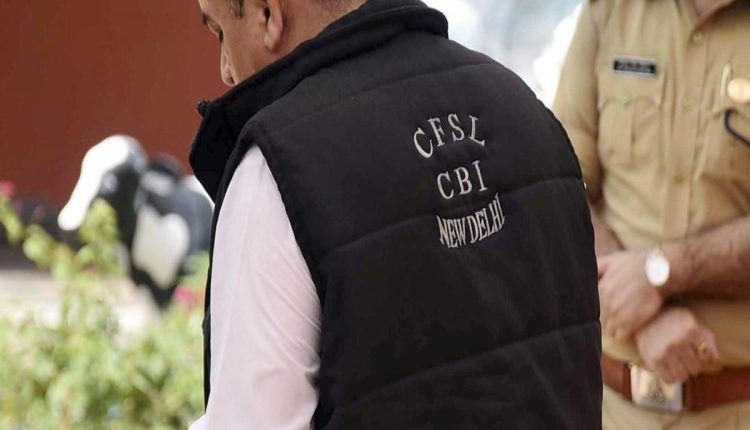 Image for representation/PTI
The CBI has arrested 14 people and recovered Rs 3.21 crore cash during its searches at 40 locations against non-government organisations (NGOs), middlemen and Union Home Ministry officials for allegedly facilitating foreign donations in violation of the Foreign Contribution (Regulation) Act, officials said Wednesday, May 11. The agency had registered the case on May 10 against 36 people including seven officials of the Home Ministry’s FCRA division and NIC, middlemen, and NGO representatives on a complaint from the ministry.
The CBI conducted the searches on Tuesday at 40 locations across the country. The ministry had found that at least three networks, working closely with government officials, were charging “speed money” and “problems resolution fees” to expedite the FCRA clearance to NGOs so that they can get foreign donations, officials said, and ordered a CBI probe into the matter.
In a communication to the CBI on March 29, Union Home Secretary Ajay Bhalla alleged at least three FCRA clearance networks were working in close collaboration with some government officials. The three networks, having links with the government officials, were charging “speed money” and “problems resolution fees” to expedite the FCRA clearance to the NGOs and resolve issues related to the application process for new registrations and renewals, the officials said.
“It was alleged that some officials of FCRA Division in conspiracy with the promoters/ representatives of different NGOs, middlemen, were indulging in corrupt activities for getting backdoor FCRA registration/ renewal to NGOs illegally with an object to continue receiving donations despite not fulfilling the prescribed norms,” CBI Spokesperson RC Joshi said.
Read: Big CBI crackdown against NGOs, MHA officials over alleged FCRA violations
Officials said that when the issue was brought to the notice of Home Minister Amit Shah he had directed that “strongest action” should be taken against those involved.
Joshi said some public servants were allegedly impersonating officers posted in the FCRA division and were obtaining bribes from NGOs for facilitating their registration/renewal of registration under FCRA and for other FCRA-related works. He said that during investigation, two accused were caught while delivering and accepting the bribe amount of Rs 4 lakh on behalf of a Senior Accountant of MHA, New Delhi. It was alleged that the delivery of bribe was done through a hawala operator and a close associate of the said public servant, at Avadi (Tamil Nadu), he said.
Those officials who were booked include Parmod Kumar Bhasin, Alok Ranjan, Raj Kumar, Md Ghazanfar Ali, Uma Shankar and Tushar Kanti Roy.
Representatives of Ayries Multipurpose Social Service Society, Centre for Tribal and Rural Development Trust, Mohammad Jahangirabad Educational Trust, Christian Life Centre Ministries, Harvest India, Reformed Presbyterian Church North East India, Nayi Roshni Foundation and Omidyar have been booked in the FIR.
In addition, hawala operators, middlemen, executives and representatives of consultancy firms, relatives and staff of officials have also been named as accused in the FIR, they said.

‘Delivery Boys Are Humans Too’, Here’s Why…