PM Modi: Country to get record doctors in 10 years 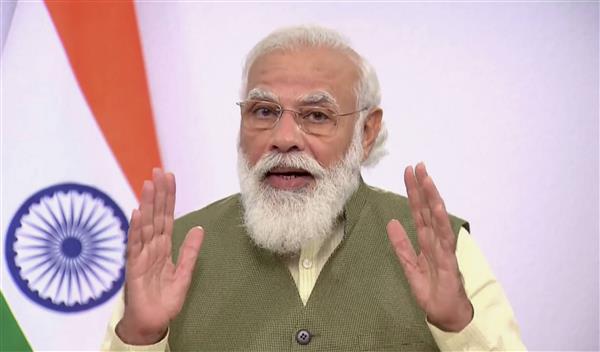 Medical colleges are expanding and the country is likely to get a record number of doctors in 10 years, Prime Minister Narendra Modi said on Friday while inaugurating KK Patel Super Specialty Hospital in Gujarat’s Bhuj.

The Ayushman Bharat scheme and Jan Aushadhi Yojana have been instrumental in saving crores of rupees of poor and middle-class families every year. Narendra Modi, Prime Minister

Addressing a virtual event, the Prime Minister said Ayushman Bharat Digital Health Mission was expanding facilities for the patients and modern and critical healthcare infrastructure had been developed through the Ayushman Health Infrastructure Mission across districts and being taken to the block level.

“Hospital are being constructed in every district. All India medical institutes are being established. The country is likely to get a record number of doctors in the next 10 years,” he said.

The PM also noted that leaving the devastation caused by the earthquake behind, the people of Bhuj and Kutch were now treading a new path.

“Better health facilities are not limited to only treatment of disease, they also encourage social justice. When cheap and best treatment is available to the poor, his faith in the system is strengthened. If they get freedom from the worry of the cost of treatment, they work hard to get out of poverty with more determination,” the PM said.

The hospital was built by Shree Kutchi Leva Patel Samaj, Bhuj. Chief Minister of Gujarat Bhupendrabhai Patel was among those present on the occasion.

Addressing the event, the Prime Minister said the Ayushman Bharat scheme and Jan Aushadhi Yojana had been instrumental in saving crores of rupees of poor and middle-class families every year.

“Health and wellness centres and campaigns such as the Ayushman Bharat Health Infrastructure Scheme are helping to make treatment accessible to all,” the PM said. Shifting to Gujarati, the PM said, “A situation has reached where neither can I leave Kutch nor can Kutch leave me.”

Single board exam or split terms? CBSE yet to decide

US base in Syria attacked from inside

For Ajay Devgn, there’s no escaping dance in…