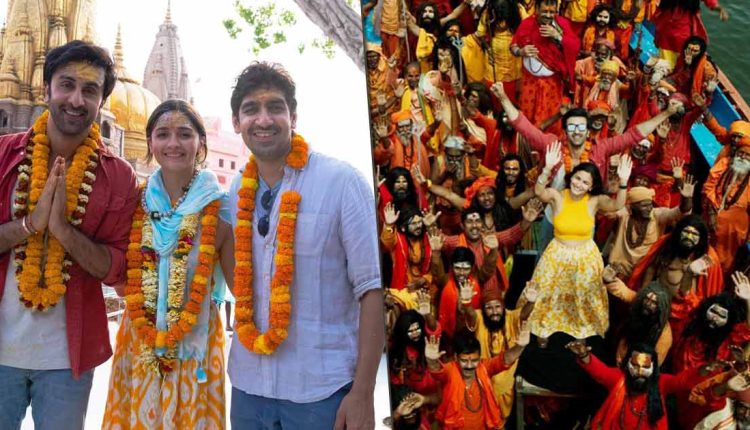 Ayan Mukerji’s much-awaited magnum opus, Brahmastra: Part One: Shiva, with Alia Bhatt and Ranbir Kapoor in the lead, has finally wrapped its shooting schedules. The shooting of the film, which was conceptualised when Ayan was shooting Yeh Jawaani Hai Deewani, has finally come to an end after 5 years reveals the film’s director.

The cast and crew of the upcoming Dharma Production’s superhero film wrapped up the film after recently concluding the three-day Varanasi schedule. The film’s director, lead actress and producer, Karan Johar took to their respective social media handles and shared this long-awaited news with fans.

Salman Khan’s Bajrangi Bhaijaan Sequel To Feature Harshaali Malhotra? Shahida aka Munni Reveals, “All I Hope Is Salman Uncle Calls…”
Kangana Ranaut Hopes Will Smith To Come To Her Lockup, Supports His Decision Of Slapping Chris Rock At Oscars 2022
View this post on Instagram

Ayan Mukerji took to the picture-sharing platform and shared a lengthy note on the film’s wrap, writing, “And finally… It’s a Wrap! 5 years since we took our first shot on Brahmāstra, and we’ve finally filmed our last one! Absolutely incredible, challenging, once-in-a-lifetime journey!!!”

The Brahmastra director further added, “Some hand of destiny that we finished the shoot of ‘Part One: Shiva’ in Varanasi – a city infused with the spirit of Shiv Bhagwan, and that too at the most sacred Kashi Vishwanath Mandir, allowing us to finish in an atmosphere of purity, joy and blessings. Exciting days ahead, last lap ahead!” He concluded his post by adding, “09.09.2022 – Here we come!”

Karan Johar, the producer of the film, took to his official Twitter handle and announced the wrap of Brahmastra. He tweeted, “And this wonderful, exciting, thrilling journey…one filled with the utmost hardwork, dedication, love & passion has come to an end. Only for it to unravel on the big screens for you to experience!! #Brahmastra Part One – Shiva is coming to cinemas on 09.09.2022!

And this wonderful, exciting, thrilling journey…one filled with the utmost hardwork, dedication, love & passion has come to an end. Only for it to unravel on the big screens for you to experience!! #Brahmastra Part One – Shiva is coming to cinemas on 09.09.2022!✨❤️ pic.twitter.com/oO5axGHGTc

Besides the lead actors Ranbir Kapoor and Alia Bhatt, Brahmastra also features Amitabh Bachchan, Nagarjuna and Mouni Roy in pivotal roles. Shah Rukh Khan too will be seen in the Ayan Mukerji directorial in a cameo role. The film will release theatrically on 9 September 2022, in 5 Indian languages – Hindi, Tamil, Telugu, Malayalam and Kannada.

Salman Khan Feels Bollywood Lacks The Punch Of Heroism Unlike South Films: “Time Should Come That They Remake Our Films Again”

US hails India’s role in fight against piracy