Minority status for Hindus in 9 states/UTs: SC seeks clarity on ministry that has to file affidavit 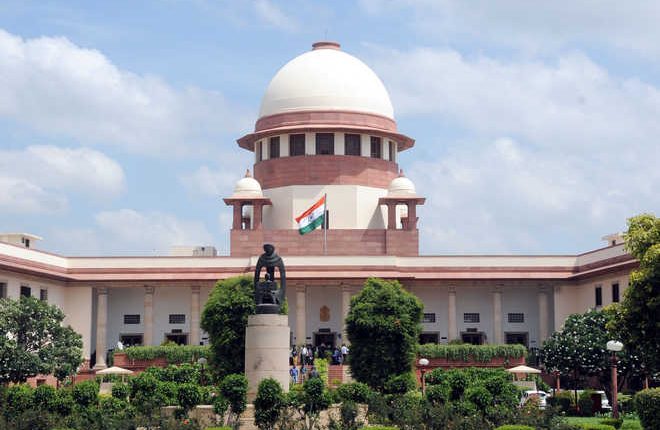 The Supreme Court on Monday asked the Centre to clarify as to which ministry would deal with the demand to declare Hindus as “minority” in states and union territories where they were numerically inferior after the Ministry of Home Affairs (MHA) sought to distance itself from it.

After recording the statement of MHA, a Bench led by Justice Sanjay Kishan Kaul gave four weeks to the Centre to clarify as to which ministry should be dealing with the issue. The Bench which had on January 7 imposed a cost of Rs 7,500 on the Centre for not spelling out its stand despite repeated reminders ndash; posted the matter for further hearing on May 10.

Upadhyay has sought minority status for Hindus in Punjab, Jammu and Kashmir, Ladakh, Mizoram, Nagaland, Manipur, Meghalaya, Arunachal Pradesh and Lakshadweep on the ground that Hindus were numerically lower strength in these states/UTs. He wanted the top court to direct the Centre to lay down guidelines for identification of minorities at the state level, contending Hindus were in minority in several states and were unable to avail the benefits of schemes meant for minorities.

In an affidavit filed in the top court, the Ministry of Minority Affairs has said the states concerned can notify Hindus as “minority” for setting up of minority educational institutions. It said in states where they are in a minority, Hindus can be notified as minorities for the purposes of Articles 29 and 30 of the Constitution by the state governments concerned.

Mehta sought adjournment saying he had not examined the affidavit filed by the Ministry of Minority Affairs. As Justice Kaul pointed out that the affidavit had been reported by newspapers”, Mehta said, “It’s the peculiarity of some PILs that the documents reach the media before it reaches the law officers.”

On behalf of Upadhyay, senior advocate Vikas Singh said, “This Act will have to go. And, they will have to come up with something like RERA, where every state will have to have these committees.” Citing the top court’s verdicts in the TMA Pai case and the Bal Patil case, he said it can be done only by states and not by the Centre.

The Ministry of Minority Affairs’ affidavit defended the National Commission for Minorities Act 1992 and National Commission for Minority Educational Institutions Act 2004, saying Parliament has the legislative competence to pass such a law. It also defended minority welfare schemes run by the Centre on the ground that there was no constitutional infirmity as these were meant for underprivileged students and economically weaker sections of the minority community and not for everyone belonging to the minority community.

The affidavit gave the example of Maharashtra where Jews were declared as a minority in the state in 2016. Similarly, Karnataka Government notified Urdu, Telugu, Malayalam, Tamil, Marathi and Tulu as linguistic minorities in the state.

Twitter to show ‘fact-checks’ on timeline of every US user

Cause of Mahsa Amini’s death revealed by coroner in Iran

Who will succeed Gen Bajwa when he finally retires as Pakistan’s Army Chief next month?

Tata Power announces to expand its business footprint in Rajasthan

Imran says ‘four people’ hatching a plan to assassinate him

Tokyo 2020: Gopichand to not travel with Indian badminton…

About 60,000 vehicles passed through Delhi before farm stir,…