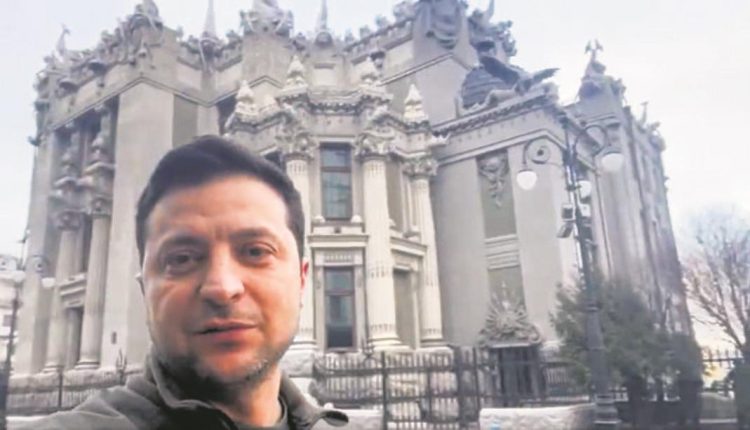 It has been a long time since the threat of using nuclear weapons has been brandished so openly by a world leader, but Vladimir Putin has just done it, warning in a speech that he has the weapons available if anyone dares to use military means to try to stop Russia’s takeover of Ukraine.

The threat may have been empty, a mere baring of fangs by the Russian President, but it was noticed. It kindled visions of a nightmarish outcome in which Putin’s ambitions in Ukraine could lead to a nuclear war through accident or miscalculation.

“As for military affairs, even after the dissolution of the USSR and losing a considerable part of its capabilities, today’s Russia remains one of the most powerful nuclear states,” Putin said, in his address.

“Moreover, it has a certain advantage in several cutting-edge weapons. In this context, there should be no doubt for anyone that any potential aggressor will face defeat and ominous consequences should it directly attack our country.” By merely suggesting a nuclear response, Putin put into play the disturbing possibility that the current fighting in Ukraine might eventually veer into an atomic confrontation between Russia and the US. After Putin’s speech, Pentagon officials offered only muted response to threat to use N-weapons against any nation that tried to intervene.

Biden has been aware of the danger of N-war between Russia and NATO since emergence of the Ukraine. — AP

Passports of students, those working abroad to be linked…