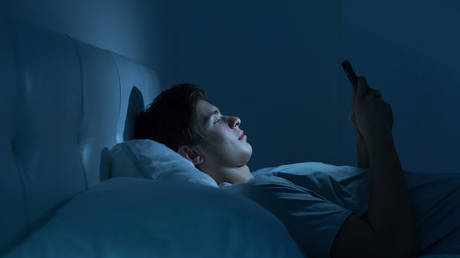 A US-wide study has found that men were twice as likely to experience “sextortion” during the coronavirus pandemic, with young people, black people, Native Americans, and LGBT+ people also turning out to be prime targets. The results shocked researchers, who expected women to be at the greatest risk.

Amid this online smut boom, reports of ‘sextortion’ to the FBI rose. A study published in the Victims and Offenders journal on Monday found that 4.5% of men and 2.3% of women said that they experienced sextortion since the start of the pandemic in 2020.

The scientists were stunned by the results, having expected to find women at the highest risk of sextortion, given the fact that women are far more likely to suffer sex crimes like rape and sexual assault.

In a press release, researcher Asia Eaton suggested that men could have been more likely to be victimized than women as they potentially “had more time to spend online than women during the pandemic,” and are apparently “less selective” than women on dating apps, making them easier marks for online romance scams in general.

The study, which surveyed more than 2,000 adults in the US, also found other demographic disparities. Black and Native American women were around seven times more likely to be victims of sextortion than white women, while reports of sextortion among LGBT individuals were up to three times higher than among heterosexuals.

Young adults – those aged between 18 and 29 – were more likely to report sextortion than older adults. Researchers pinned this disparity on greater rates of sexual experimentation and technology use among the young.

The scientists concluded that more research on the issue is needed, and that “sex education programs that teach about consent, pleasure, and healthy relationship communication” could lower sexual violence, both virtually and in person. They also raised the possibility that “sextortion has a more harmful impact on women, despite being targeted less often than men,” although no evidence is given to support this claim.

Quiz! Batters with most not outs while chasing in men’s ODIs

Zoe Kravitz opens up about finding love with Channing Tatum…