From Space Force 2 to Pam & Tommy; OTT releases you can look forward to this February 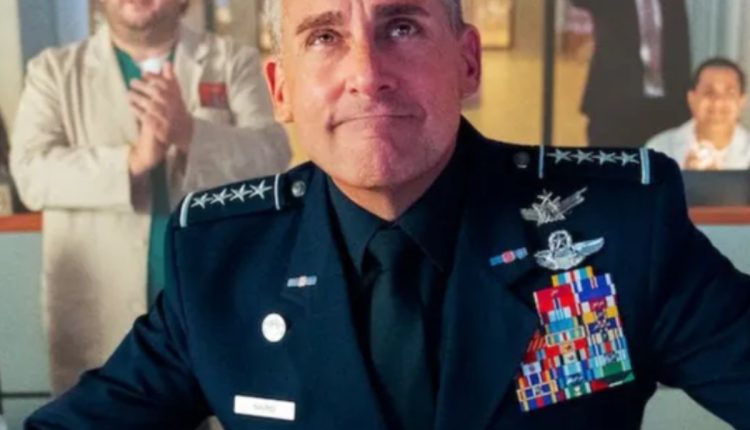 Web Series description:
January 2022 gave way to revitalizing cinema but OTT platforms have been pumping out extraordinary productions left and right despite the pandemic and its many limitations. In February 2022, many more of these highly anticipated releases are scheduled to air. From new movies to the next season of our favourite series, many are queued for release this February. Scroll down to check out all the OTT releases we are looking forward to this February.

Many people are acquainted with Baywatch actress Pamela Anderson and Mötley Crüe drummer Tommy Lee, but they may be unaware of the background behind the notorious sex video taken on their honeymoon and later released to the public. This is where Pam and Tommy come in. This Hulu miniseries, produced by Seth Rogen and Evan Goldberg, focuses with the fallout from the revelation of the sex video and how it impacts the couple’s marriage. Pam & Tommy releases on Hulu and Disney Plus Hotstar on February 2.

This Apple TV Plus thriller drama will revolve around one kidnapping and 4 British citizens who get consumed by the eye of this storm. Season one of this series will start airing on February 4. Look forward to unraveling this conspiracy or is it after all a very well-executed crime by the four under suspicion.

This Netflix original movie is scheduled to launch its sequel on February 11. The story will continue from the same note from the last movie and will follow Jodi Kreyman, played by Ava Michelle, who is the tallest girl in school and is trying to come to terms with her popularity amid numerous miscommunications. She will have to “stand tall” in order to make it out of this mess.

I Want You Back

This much-awaited rom-com will be released on Amazon Prime on February 11. Directed by Jason Orley, the story follows two strangers Peter and Emma who work together to get back their ex-partners, who coincidentally dumped both of them on the same weekend.

The Sky Is Everywhere

Another Apple TV plus release that has our hopes high is this movie. Adapted from the famous young adult novel by Jandy Nelson, the movie follows 17-year-old Lennie Walker who is dealing with overwhelming grief and the unexpected loss of her older sister, Bailey. The movie is scheduled to release on February 11.

This new season of the Steve Carell starrer workplace comedy will be released on February 18. The season will pick up from the last scene of season 1 where Mark R. Naird (Steve Carell) was supposedly being court-martialed for defying orders. Now his “force” has to prove their worth amidst other complications.

This Amazon Prime series is coming back on our screens on February 18. The series will pick up from where it was left in the last season as the singing sensation Shy Baldwin kicks out Midge as his opening act. The season will follow Midge and her manager as they “change the business” and gear up to leave a permanent mark on the comedy scene.
ALSO READ Space Force Review: Steve Carell & John Malkovich save the Netflix series from a complete crash landing
Main Featured Image:
Web Series Source:
YouTube

Social Media Image :
Image Caption:
February is filled with OTT releases, check out the ones we are most excited for.
Web Series Category:
Trailers

Kapil Sharma poses with his ‘favourite’ Deepika Padukone for a happy selfie as they shoot for TKSS; PIC