R Madhavan Needs To Be Fit Like Hrithik Roshan To Star Opposite Katrina Kaif, Says “We Both Started Off At The Same Time” 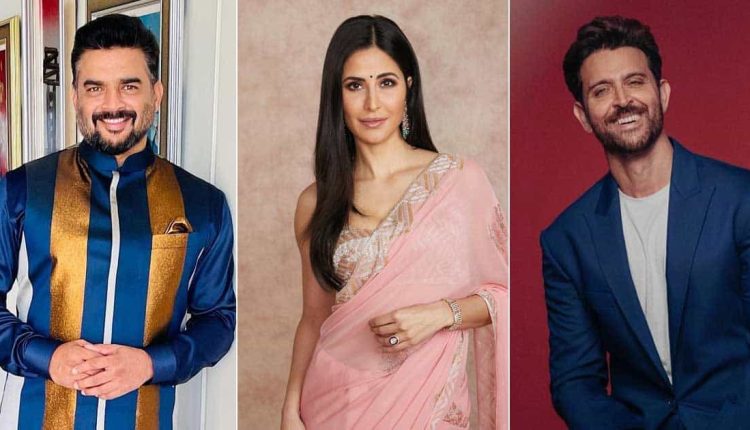 Super talented R Madhavan recently impressed his fans with the role of Arya Iyer in the Netflix series Decoupled. Although the star is known for his amazing acting skills and super cute looks but the actor wants to do films as Hrithik Roshan does. In a recent chat, the 3 Idiots actor opened up about his admiration for Bollywood’s Greek god and reveals what kind of films he wishes to do in the future.

His recent web series received mixed reactions from viewers and critics but the majority of the audience were on the positive side. Apart from him, the comedy-drama also features, Surveen Chawla playing the character of Shruti Iyer, along with Chetan Bhagat and Atul Kumar.

In a recent conversation with Hindustan Times, R Madhavan talks about his admiration for Hrithik Roshan and claims that he really wishes to be in films like HR does, as he wants to look fit like him so that he can feature opposite Katrina Kaif.

R Madhavan says, “I want to do all the kinds of films that Hrithik Roshan does. I have huge admiration for him. We both started off at the same time. He looks like a Greek god even now and does phenomenal action. But merely desiring it won’t help me. I need to be fit like him, to be able to star opposite Katrina Kaif. But I am about it. I like to play to my strengths. And that for me is the script and the story and the character.”

He further shares, “I have never been trained as an actor, but I have been lucky enough to learn on the job. And so the performances are becoming subtler and trying to give it more real, that’s the change as an artist.”

During the interview, R Madhavan also reveals what kind of subject he’s currently looking forward to, “So, anything that is happy and cheerful, I am open to that. Like my recent show, Decoupled was on those lines. It was right up my alley. It spreads cheer, like one of my friends tweeted, it is a perfect antidepressant. So, that’s the kind of stuff I am heading for.”

On the work front, the actor will be next seen in Rocketry – The Nambi Effect and YRF’s The Railway Men. On the other hand, Hrithik Roshan will be seen in the Hindi remake of Vikram Vedha.

The post R Madhavan Needs To Be Fit Like Hrithik Roshan To Star Opposite Katrina Kaif, Says “We Both Started Off At The Same Time” appeared first on Koimoi.

Taj Mahal to open for night viewing this month