A Gucci Bag Is Forever, But These Top 6 Styles Feel Especially Right Now 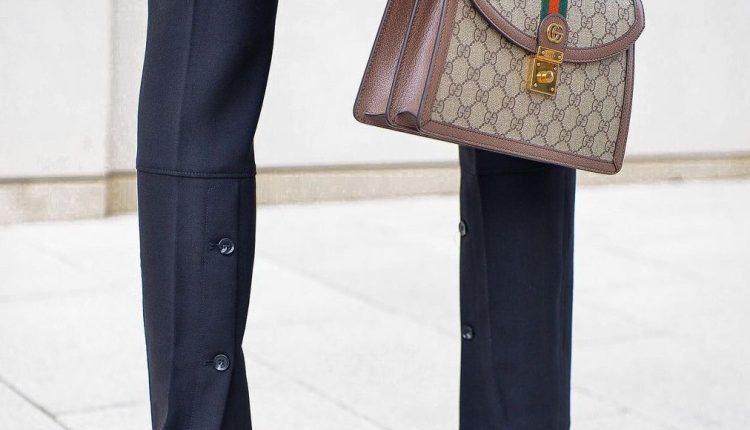 The esteemed House of Gucci, which began as a luxury luggage brand after founder Guccio Gucci’s brief stint as a bellhop, has become one of the most recognizable and covetable brands in history—period. Gucci bags have adorned the wrists of some of the most powerful women in history, including Princess Diana, Jackie Onassis, and Grace Kelly, etching a permanent mark on the culture and making each Gucci bag a small piece of fashion history.

Under Alessandro Michele’s “Geek Chic”–inspired direction, Gucci’s heritage styles have evolved from the grown and sexy direction emblematic of the Tom Ford era. His new designs remain loyal to Gucci’s iconic design language while giving a nod to the eccentricities that make the cool kids so damn cool. During his ongoing tenure, he has reintroduced classic silhouettes like the Jackie and created new ones like the Dionysus, which has quickly achieved a cult-like following. Everything released under Michele’s direction is tied to a long history of winning designs, so it’s safe to say the six Gucci bags below will remain favorites for years to come.

Keep scrolling to read more about the storied House of Gucci, fun facts about each of the six bag styles, and of course, the most coveted styles currently on the market.

Crafted from naturally tanned leather without the use of chemicals, the Jackie bag only gets more lived in and supple with time. The latest iteration of the style adds a practical, modern second shoulder strap to use as a crossbody. This beautiful bag can also be customized with your initials in gold. Fun fact: Originally, this bag was named the “Fifties Constance” and was only renamed “Jackie” after Jacqueline Kennedy used it to block paparazzi from taking photos of her. Almost 80 years later, this style is still as timeless as ever and reminiscent of the contemporary American style that has influenced so many designers.  . Why we love it: Michele has unofficially appointed Harry Styles as the star of the reintroduction of the Jackie bag, ushering in a new gender-fluid era that is so Gucci.

The only red bag you’ll ever want to wear.

The inverted Gs are so playful.

Use the adjustable strap to get two bags in one.

The Diana bag was named after the beloved Princess Diana, who could be found wearing the style everywhere from the gym to school drop-offs to formal events. Michele reintroduced the classic ’90s bag this past July on what would have been Princess Diana’s 60th birthday, reinforcing that everything he makes is imbued with meaning and dedication to the heritage of the brand. Since then, it’s been spotted on everyone from the always-glam J.Lo to the aspirationally bohemian Sienna Miller. Fun fact: The bamboo handle was originally created in 1947 out of necessity due to a trade embargo during World War II. Due to a resulting leather shortage, Gucci artisans experimented with several different materials including wicker, raffia, and bamboo, which they eventually discovered could be bent into a handle with heat and sealed into place using a now-patented burnishing process. The removable neon rubber bands placed over the handles in the 2021 version of the Diana bag are a nod to the bands originally used to keep the handles in their bent shape. Why we love it: The rich history surrounding the Diana bag makes it a piece of history that will never depreciate in sentimental value.

The neon pop of color is so current.

The detachable strap comes in clutch when you need to use both hands.

This slouchy silhouette is such a cool contrast to the structured handle.

The horse-bit hardware is just as iconic as Gucci’s signature GG logo and has a registered trademark from the U.S. Patent Office to prove it. The double ring and bar design was birthed after Aldo Gucci (played by Al Pacino in House of Gucci) noticed an increasing interest among the equestrian elite due to lore around his father’s original job as an alleged saddlemaker. Aldo leaned into the tale, weaving equestrian references into the fabric of Gucci, including the horse-bit clasp.  Fun fact: A horse bit is a mouthpiece used to foster communication between horse and rider.  Why we love it: While monogrammed prints deserve a special seat in fashion history, there is something so elegant about a non-logo design that is just as identifiable. The Horsebit bag exudes a quiet confidence that we could use more of in this world.

The golden feet attached to the bottom assure you this beauty will never touch the floor.

Aside from being aesthetically perfect, the inside is separated by three compartments to keep you organized.

This saddle silhouette is so bougie.

The Dionysus bag was first revealed to the world to much fanfare at one of Michele’s first runway shows in 2015. The Greek god of pleasure and revelry, Dionysus (also known as Bacchus), is embodied in the bag’s clasp, which depicts his fabled chariot flanked by a double-headed tiger. But for all of this bag’s whimsical ethos, it has an equal amount of practicality. This architecturally mindful bag was engineered with accordion pockets that expand to maximize storage space, and it features a convertible chain strap that can be worn over the shoulder or as a crossbody.  Fun fact: The metal clasp is in the shape of a horseshoe, which refers back to Gucci’s aristocratic roots that became synonymous with equestrian design elements. Why we love it: The Dionysus bag harkens back to a time in Greco-Roman history marked by intellectual advancement and artistic development, which runs parallel to the Age of Aquarius we’re currently in.

It’s the blue detail on the clasp for me.

I’ve seen what this bag has done for others.

This is the perfect size and color for nights of revelry.

According to Michele, more is more.

Debuted in 2018, the Ophidia bag places vintage Gucci in the forefront. Michele combined the Italian house’s most classic design elements to create an entirely new bag. What makes the new Ophidia new is the GG logo, which was previously reserved only for the GG Marmont collection. These vintage-style bags hold a spot in Gucci’s fast rise to prominence, which makes them a trend-proof style with lasting power. Your future kids will thank you. Fun fact: The previously mentioned sanctions placed on Italy during World War II are also to thank for the classic GG Supreme monogram pattern that’s featured on nearly all Ophidia bags. This canvas fabric allowed designers to get around using leather and quickly became a mainstay of the brand.  Why we love it: The Ophidia bag comes in a number of modern shapes from spheres to half-moons.

The symmetry puts me at ease. Unzip to find two handy card slots and more than enough space for your daily essentials.

Travel in style with this regal burgundy leather bag.

I love how the half-moon shape of the bag hugs the waist.

It includes a detachable long strap, too.

Take this with you to all your meetings, and see what you manifest.

The youngest child of the bunch, the GG Marmont bag takes inspiration from ’70s glamour and arguably one of the most buzzworthy hotels in history, L.A.’s very own Chateau Marmont. These bags are made from matelassé leather in a pattern meant to mimic hand-stitched quilts made in Marseilles, France. All versions of the GG Marmont feature a sliding chain to transform the bag from a shoulder bag into a crossbody. An added plus is the leather piece that sits on your shoulder for more comfort. Fun fact: The two interlocking Gs that have become so synonymous with Gucci’s brand represent founder Guccio Gucci’s initials.  Why we love it: This staple bag is truly a peek into Michele’s aesthetic genius, combining rock and roll and classic style to create a bag that will stand the test of time.

I’m normally a gold girl, but this white-silver combo has me wanting to shed a tear.

Everything from the quilting to the gleaming gold hardware makes this bag a head-turner.

Double up the chain strap to carry this cherry-red number proudly on your shoulder.

The GG hardware features a distinctive and opulent torchon effect.

Even the most affordable option packs a big punch.

Next up, a purse expert weighs in on the designer styles that retain value.

This Trendy Top Is the Trifecta: Ageless, Versatile, and Expensive-Looking

Transgender found murdered in UP district

England reverts to Plan A Covid rules, masks no longer…