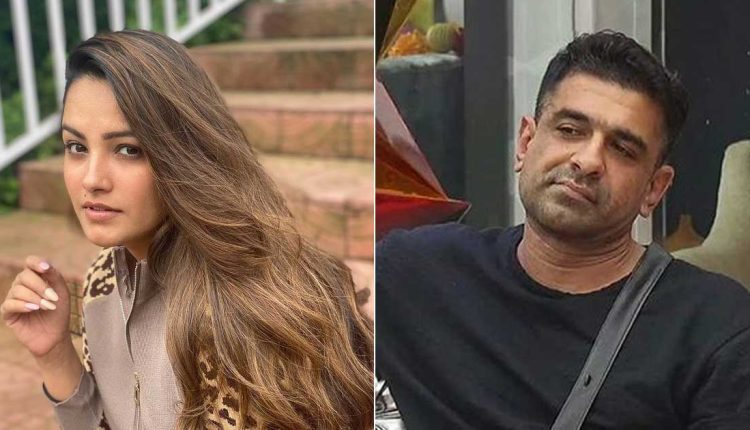 One thing fans have always loved about Eijaz Khan is his utmost honesty. Be it his personal life or his journey in Bigg Boss 14, he’s been honest about it all. But there was one time that left a huge scar in his life. The Kkavyanjali actor cheated on his co-star and girlfriend Anita Hassanandani and confessed about it on National Television. Scroll below for all the details!

It is said that Eijaz and Anita first met on the sets of Kkavyanjali. The show received a lot of love and praise from fans and their chemistry made them a favourite pair. Fans were elated when their association turned personal and the actors fell in love.

However, it was Canadian actress Natalie Di Luccio who turned out to be the home breaker, unfortunately. Eijaz Khan confessed that he cheated on Anita Hassanandani on Rajeev Khandelwal’s chat show, JuzzBaat. He also confessed that it was the biggest mistake of his life/ career.

Well, it was surely unfair to Anita Hassanandani but one cannot deny that it takes guts to confess to something like that, that too on national TV.

Meanwhile, Anita too had once opened up on her relationship with Eijaz. In a conversation with Tellychakkar back in 2009, the actress had said, “Sometimes the attention becomes difficult to handle! But I have no qualms in admitting that Eijaz is one of the best things to have happened in my life. I consider myself really lucky to have come close to a wonderful person like Eijaz.”

Today, Anita Hassanandani is in a happy relationship with Rohit Reddy. They’re also blessed with a child, Aarav. Eijaz Khan, on the other hand, is dating Bigg Boss 14 co-contestant Pavitra Punia.

Must Read: Urfi Javed Flaunts Her Lovebites, Reveals Who Gave It To Her – Watch!