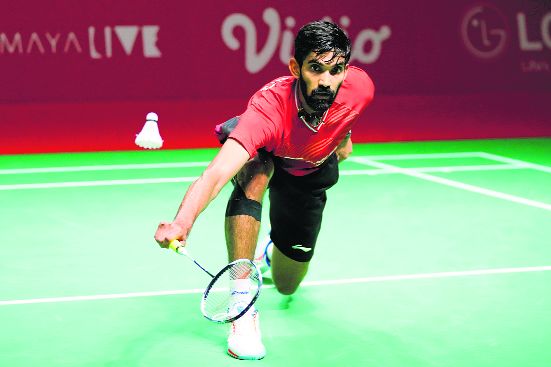 Indian badminton ace Kidambi Srikanth beat Pablo Abian of Spain to begin his BWF World Championships campaign on a winning note here today. The 12th-seeded Indian beat the local challenger 21-12 21-16 in 36 minutes in the first round of the men’s singles event.

The Indian men’s doubles pair of Manu Attri and B Sumeeth Reddy, however, lost in straight games against Joel Elpe and Rasmus Kjaer of Denmark in the opening round. Attri and Sumeeth lost 16-21 15-21 in 32 minutes.

Earlier in the day, the women’s doubles pair of Pooja Dandu and Sanjana Santosh retired after they lost the first game 12-21 to the Dutch duo of Alyssa Tirtosentono and Imke van der Aar.

Reigning champion PV Sindhu, who got a bye in the first round, will open her campaign against Martina Repiska of Slovakia. — PTI

Love Indian Traditional Dresses? Know How to Style Them…

My resolve to weed out corruption unshakeable: Modi