Rohit Shetty On Roping In Salman Khan & Amitabh Bachchan For His Cop-Verse: “If I Get Such A Story…” 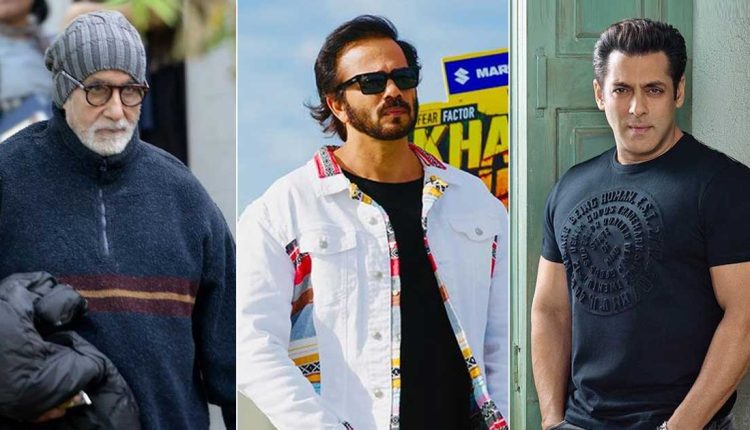 Rohit Shetty Opens Up About Bringing Amitabh Bachchan & Salman Khan To The Cop Verse. Here’s What He Has To Say(Photo Credit: Instagram)

Bollywood’s epitome of making action movies director, Rohit Shetty just recently once again proved that when it comes to action-filled flicks, he is the best through his recent blockbuster ‘Sooryavanshi‘. Rohit’s movies are so entertaining that every fan wants to see their favourite stars collaborating with him at least once. Just the same way the questions have now come up that, would the director work with Amitabh Bachchan and Salman Khan anytime soon?!

Check out what the director has to say about him working with Big B and Bollywood’s bhai ahead in the future!

So, during a conversation with ET, Rohit Shetty was asked if he would add Amitabh Bachchan and Salman Khan to his cop verse, considering they both have also done a tremendous job as a cop in their previous movies. Responding to this question, Rohit said, “I can’t say anything right now. Because it will be a very irresponsible statement from my side. Because at present I don’t have a story or a thought on that subject. If I get such a story then I will work on it but at present we are focusing on the next ‘Singham’ film because since 2014, there hasn’t been a solo Singham film.”

Khatron Ke Khiladi 10 Finale Deets: Rohit Shetty Gives A Unique Lockdown Based Task To The Participants!/a>
Ranveer And Tamannaah In Rohit Shetty’s Next

During the same interview, Rohit Shetty also spoke about his future plan and which movie he would like to focus on currently. Talking about it, the director said that he is currently fully focused on his upcoming movie Cirkus starring Ranveer Singh.”There are many stories. We have not started writing anything yet. We have the basic idea for ‘Singham’ but it’s not the next release on the cards. My next is ‘Cirkus’, which will release next year and after ‘Cirkus’ we will start shooting for ‘Singham’ in 2023,” he said.

Rohit started his directing career through his first movie Zameen. Once he began, the director just saw a peek at his career through his super hit films such as the Golmaal series, All The Best, Chennai Express, Dilwale, and many more!

The post Rohit Shetty On Roping In Salman Khan & Amitabh Bachchan For His Cop-Verse: “If I Get Such A Story…” appeared first on Koimoi.

When Shah Rukh Khan Was Asked Whether He’s Bis*xual & He Said: “I’m Try-S*xual, I Try Anything…”

Gujarat Giants bring on board Chris Gayle for Legends League…