India with respect for individual rights is best partner for other democracies: Modi 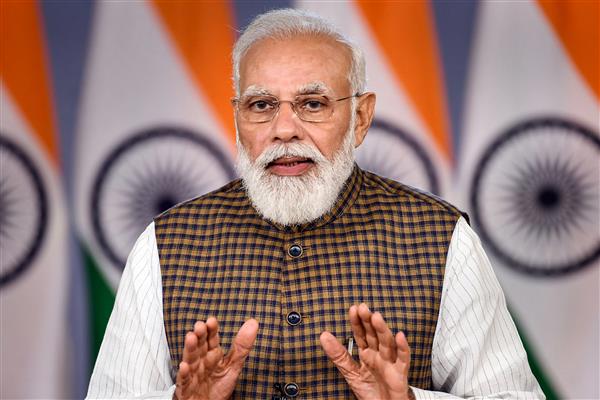 Prime Minister Narendra Modi on Tuesday flagged the downside of critical technologies saying India with its strong democratic credentials, with an accent on individual rights, was the best partner for other democracies.

Modi was delivering the keynote address at the Sydney Dialogue where Australian Prime Minister Scott Morrison had listed 63 critical technologies that would enable the Quad and AUKUS groupings to match China’s advances in technologies that could enable global economic and security dominance.

Pointing out that “we” face new risks and conflicts, the PM pointed out that technology had already become a major instrument of global change and the key to shaping international order. Along with data, technology is becoming a new weapon.

“While a few vested interests cannot be allowed to misuse openness, as a democracy, India is ready to work with partners for fair prosperity and security,” he said. In the area of crypto-currency or bitcoin, it is important that all democratic nations work together and ensure it “does not end up in wrong hands which can spoil our youth”.

Though one of the PM’s targets was rogue actors and those who use critical infrastructure to “manipulate public opinion”, he indirectly indicated the other target. “We are at a historic moment of choice: whether all the wonderful powers of technology will be an instrument of cooperation or conflict, coercion or choice, domination or development, opposition or opportunity,” he observed in this respect.

India has unmatched experience in using digital technology in a democratic framework with strong guarantees for individual rights and the use of technology linked to values and vision, he said.

While investing in developing indigenous capability in Artificial Intelligence and Machine Learning, India is taking care that it is human- centred and used ethically. As the highest per capita user of data, India has also created a robust framework of data protection, privacy and security. “The use of technology is linked to values and vision. It is essential for democracies to invest in future technology,” he observed.

The PM said the government had set up a joint task force with the industry to make India a global hub of cyber security. “We have benefits of scale and global trust,” he said. India is now focusing on hardware and is preparing a package of incentives to become the key manufacturer of semiconductors.

The PM began his address by pointing out that the time of change “happens once in an era” saying the invitation to him to speak at the Sydney Dialogue organised by a think-tank was “recognition of india’s central role in the Indo-Pacific region and in the emerging digital world”.