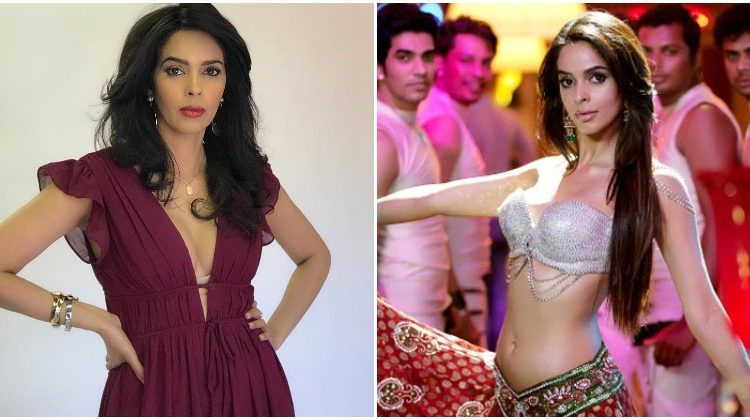 Mallika Sherawat redefined sultriness for Bollywood heroines as soon as she made her debut.

She wasn’t seen drenched in rain in a chiffon saree for steamy songs and dance numbers but rather, she debuted her bold, flirty and not-so sly moves.

I mean, her dance step in the song ‘Jalebi Bai’ was what made the song so popular, that an international version also exists now that Gen Z taps their feet to.

However, since Sherawat was a pro at doing Hindi item songs with so much oomph, it was obvious she was offered strange and funny suggestions to make a song meatier and apt for the male gaze.

The actress recently shared one such incident where a producer approached her with a ‘weird’ concept for a song sequence.

She recalled in an interview, “In his warped thinking, he was like, ‘Bada hot song hai. Audience ko kaise pata chalega ki aap hot hai? Aap itni hot hai ki aapki kamar pe main chapati sekh sakta hoon (It’s a very hot song. How will the audience know you are hot? You are so hot that one can heat chapatis on your waist).’ Some weird notion like that. Have you ever heard of anything like that?”.

Considering what we have been hearing about the film industry lately, this doesn’t come as a surprise.

Good for Mallika, she turned down the cringe-worthy suggestion and didn’t go ahead with it. Or it would have been a new low for Bollywood.

She also pointed out that the perception of the attractiveness of women in India was very different and “weird” when she was out in films, which is absolutely right.

“I think they have a really weird perception of hotness in India for women. I don’t understand it. Of course, it’s better now but when I started my career, it was weird.” Is it better now, though?

She did think the idea was original and funny. Well, we cannot argue with that. “But I thought it was very funny and original. It’s an original idea,” she added.

‘Sooryavanshi’ enters Rs 100 cr club in less than a week

I have nothing to prove to anyone, it’s time to enjoy:…

Eco-friendly: Not one tree sacrificed for Delhi museum