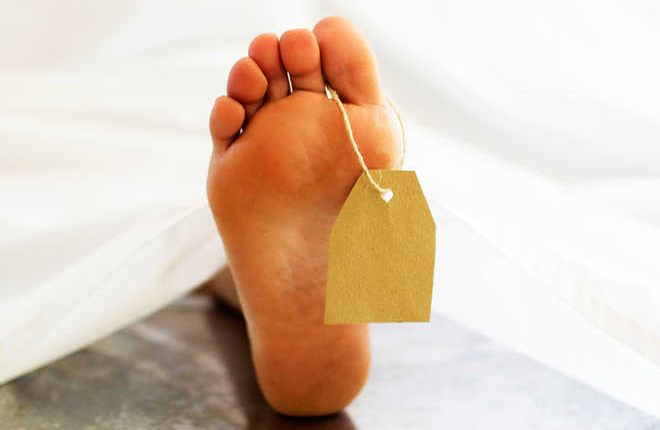 A woman was hacked to death by her stalker in Rajasthan’s Ahor area, who then refused to leave the dismembered body, and kept hugging it, the police said on Tuesday, adding that the accused has been arrested.

According to the police, the victim, Shanti Devi, a mother of two sons, had gone to Jojawar Nadi for MGNREGA work on Sunday when the accused, identified as 21-year-old Ganesh Meena, a resident of the village, accosted her saying that he was in love with her.

As Shanti Devi spurned his advances, Ganesh attacked her with an axe. After she died, Ganesh hugged her body and was seen in the same position when the police arrived at the spot.

Police confirmed that while Ganesh was attacking her, other MGNREGA workers tried to save her but backed off after he threatened to kill them all. Even after the police reached the spot, Ganesh refused to leave the body.

Finally, he was forcibly taken away by the police.

Superintendent of Police (SP) Harshwardhan Agrawal said that a case has been registered against the accused on behalf of a complaint filed by the victim’s brother-in-law Gomaram Chaudhary.

Ganesh was arrested on the same day and now further investigations are on, he added “The woman’s body had deep wounds on the neck, shoulder and other parts due to which she died.” Officials confirmed that it was a matter of one-sided love.

The accused had been stalking the deceased and she had complained about this to her husband as well who in fact tried to convince Ganesh to stop chasing his wife.