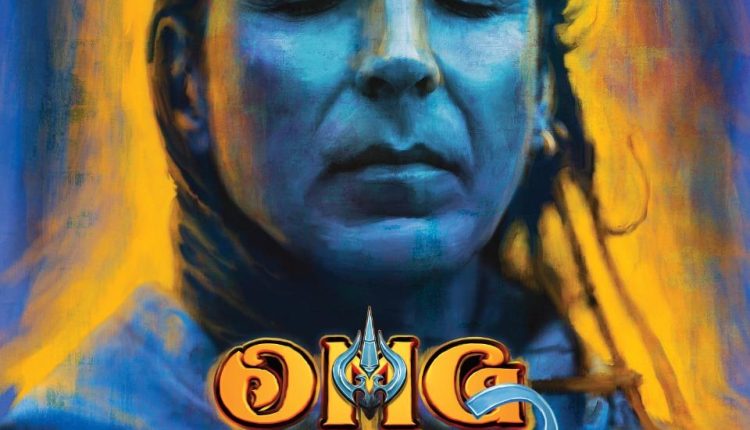 Akshay Kumar has begun work for Oh My God 2 (OMG 2), a sequel of his 2012 blockbuster film ‘OMG: Oh My God!’. The film is written and directed by Amit Rai, knows for critically-acclaimed movie ‘Road To Sangam’ and it also stars Yami Gautam and Pankaj Tripathi in important roles.

The superstar today took to Twitter to share the first poster of the film. In this sequel he will be playing Shiva, as shows the poster that has ”Rakh Vishwas, Tu Shiv Ka Das’ written on it. Akshay Kumar wrote, “Karta kare na kar sake Shiv kare so hoye. Need your blessings and wishes for #OMG2, our honest and humble attempt to reflect on an important social issue. May the eternal energy of Adiyogi bless us through this journey. Har Har Mahadev. @TripathiiPankaj @yamigautam @AmitBrai.”

‘कर्ता करे न कर सके शिव करे सो होय ..’ 🙏🏻
Need your blessings and wishes for #OMG2, our honest and humble attempt to reflect on an important social issue. May the eternal energy of Adiyogi bless us through this journey. हर हर महादेव@TripathiiPankaj @yamigautam @AmitBrai pic.twitter.com/VgRZMVzoDy

The film is being shot in Ujjain, Madhya Pradesh and is produced by Cape of Good Films, Vipul D Shah, Rajesh Bahl and Ashwin Varde. The team has a 17-day scheduled shoot in Ujjain and locations such as Shree Mahakaleshwar Temple, Ram Ghat, Kaal Bhairav Temple and Tower Chowk have been zeroed in for the same.

‘Oh My God’ was directed by Umesh Shukla and had Paresh Rawal in the lead role along with Akshay. There were reports in the past that Arun Govil will be playing Lord Ram in Oh My God 2.

Akshay Kumar has made back-to-back announcements of his project, with the most recent being ‘Gorkha’ based on the life of war hero Major General Ian Cardozo from the Gorkha Regiment of the Indian Army. The film is helmed by Sanjay Puran Singh Chauhaa and produced by Aanand L Rai and Himanshu Sharma.