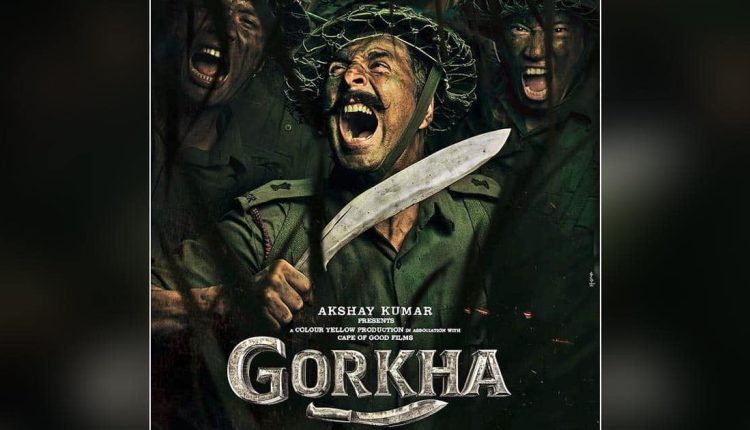 Akshay Kumar is possibly working on behalf of 3 people considering the amount of work he is pulling off single-handed. The actor is already gearing up for over 7 movies and all of them are anticipated. Some in the release lobby, few in post production and many still to be shot. Amid that, he created a stir last week when he announced one more movie titled Gorkha. The first poster is out and has now made it to Koimoi’s exclusive How’s The Hype section. Read on and don’t forget to vote.

In ‘How’s The Hype?’ section, the netizens rate the buzz for posters, songs, teaser and trailers of the movie, so it will be interesting to look out for Gorkha’s reception amongst the audience.

Joining hands with Aanand L Rai for the third time after Atrangi Re and Raksha Bandhan (both movies are yet to release), this time Akshay Kumar is getting back to the defence genre. He is all set to play Major General Ian Cardozo.

Directed by Sanjay Puran Singh Chauhan, Gorkha will revolve around legendary department of the Gorkha battalion of the Indian army.

Check the poster right below and do not forget to vote.

Note: There is a poll embedded within this post, please visit the site to participate in this post’s poll.