Anupamaa Actress Madalsa Sharma On Facing Inappropriate Advances: “Wherever You Go, There Are Going To Be Men Around You” 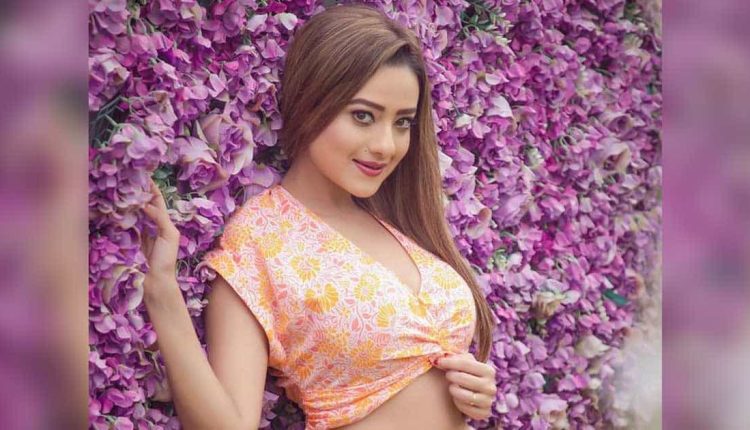 Madalsa Sharma came into the limelight after playing the negative character, Kavya, in Rajan Shahi’s Anupamaa. Although she has worked in several regional films the actress was looking forward to working on television and Rupali Ganguly starrer came to her. Recently, the actress opened up about the casting couch and if anyone has asked about any ‘irrational advances’ from her.

The actress is married to Mahaakshay Chakraborty, the son of veteran star Mithun Chakraborty. The duo got married on July 10, 2018.

Meanwhile, in a conversation with ETimes, Madalsa Sharma was asked if anybody had made ‘irrational advances’ at her, she told, “Being a girl or in today’s times, being a guy, both are equally scary. In any profession, be it an actress or a corporate firm, wherever you go, for a female, there are going to be men around you. Sometimes, you come across people who are probably a little more interested in things that you are not at all willing to offer as a person, as an actor, as an employee. It’s your choice. Good and bad things go hand in hand but at the end of the day, nobody can take away your choice from you. People can try to influence you but getting or not getting influenced are two drastically different things.”

Madalsa Sharma continued and said, “Personally, whenever I have felt uncomfortable in anybody’s presence or during a meeting, what to do? Just get up and walk out of that door. Nobody’s going to stop me or close the door and not let me go anywhere. So, it’s always been my personal choice.”

The small screen beauty further shared that as an actor, she’s eager to perform and show everyone what she’s capable of and adds, “Other than that, good or bad, bad or good, you should know how to deal with the situation. So, that’s what I have been doing all my life.”

Currently, Madalsa’s daily soap Anupamaa is at the number 1 spot in TRP charts and the show has been dominating other serials after being at the top of TV ratings for a long time. Even fans are quite impressed with the show’s storyline as they claim it is relevant to present times.

The post Anupamaa Actress Madalsa Sharma On Facing Inappropriate Advances: “Wherever You Go, There Are Going To Be Men Around You” appeared first on Koimoi.

When Shah Rukh Khan In KBC Lost His Mind Because Of A Confused Contestant & Said, “Main Nahi Khel Raha”

Michael Jackson Was This Close To Compose A Harry Potter Musical But Here’s How J.K. Rowling Reacted!

PICS: Vijay Deverakonda defines handsome in casuals as he is…