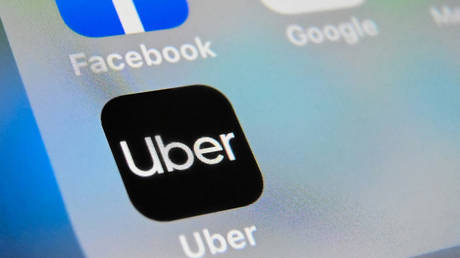 Ride-hailing app Uber has lost a dispute in the Dutch court which has ruled that the tech giant’s staff are entitled to the same employment benefits as taxi drivers, and has also been slapped with a €50,000 ($58,940) fine.

Judges in a Dutch court on Monday found that drivers working for Uber fall under the country’s collective labor agreement, arguing that the company’s employer-driver relationship “conforms to all the characteristics of an employment contract”. As a result, these workers must be permanently employed, and not operate as contractors.

In a statement issued by the Federation of Dutch Unions (FNV), the body stressed that Uber “has to abide by the taxi collective agreement” due to the nature of how the company works. The ruling means that Uber drivers are entitled to a higher salary and more rights if they fall sick or lose their jobs.

While the FNV hailed the move as a great victory for Uber drivers, the company’s General Manager for Northern Europe, Maurits Schönfeld slammed the move, vowing that “in the interest of drivers, we will therefore appeal the court’s decision, whilst also continuing to improve platform work in the Netherlands.” The company has also been hit with a €50,000 fine for failing to adhere to the collective agreement.

In a similar case earlier this year, the UK Supreme Court rejected Uber’s appeal that its drivers are self-employed and not workers, meaning that they should receive minimum wage and paid leave.

Uber has come under fire in the UK previously, having its permit to operate in the country’s capital rescinded on multiple occasions, with the app eventually winning its legal battle to continue its services in 2020. The San Francisco-based company was hit with accusations that some of its drivers committed rape and sexual assault. The mayor of London, Sadiq Khan, estimated that between late 2018 and early 2019, there were 14,000 fraudulent Uber trips recorded in the UK capital.

PKL: Our focus will be less on results and more on giving our best, says Gujarat Giants’ coach Ram Mehar Singh

Clash breaks out between BJP and Cong workers in MP’s…