Sidharth Shukla cremated; cause of death not yet clear 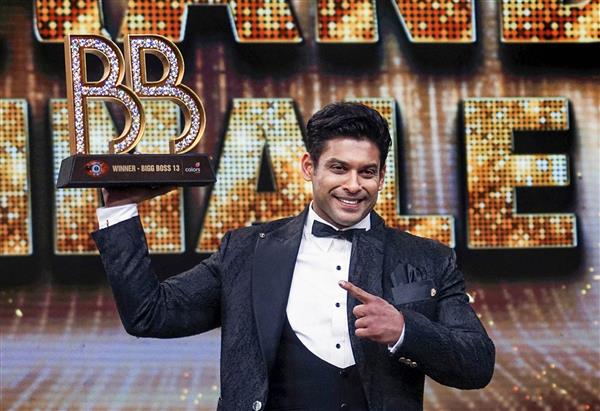 Actor Sidharth Shukla was cremated on Friday afternoon at the Oshiwara crematorium in Mumbai.

One of the lasting images of the last rites of Shukla was the late TV star’s ‘special friend’ Shehnaaz Gill breaking down inconsolably as she arrived with her brother Shehzaad to pay her last respects to the man with whom she shared incredible chemistry.

The actor’s mortal remains left Cooper Hospital around 1.20 pm in a hearse decorated with marigold flowers— and amid heavy police security and crowds of people hoping to catch a last glimpse of the actor.

Shukla’s mother Rita and his colleagues, including actors Aly Goni, Asim Riaz Paras Chhabra, Mahira Khan, Abhinav Shukla, Jay Bhanushali with wife Mahhi Vij, were among those inside the crematorium.

Shehnaaz Gill arrived at the crematorium with her brother. Shehnaaz and Shukla met during “Bigg Boss 13” and became an extremely popular couple.

Before stepping out of the car, Shehnaaz was seen breaking down as her brother comforted her. She was then escorted inside the crematorium by her brother and police officials amid a crowd of journalists and videographers.

A team of three doctors on Thursday night conducted the post-mortem following the sudden death of Shukla and the procedure was recorded on video.

“No injuries were found,” officials said.

Television and film actor Shukla, who became a household name with TV show ‘Balika Vadhu’, died on Thursday. He was 40.

Shukla, who is survived by his mother and two sisters, was dead when he was taken to Cooper Hospital in Juhu around 10.20 am, authorities at the hospital said.

Though some reports suggested a heart attack, the cause of his sudden death, which sent shockwaves through the industry and TV fandom and ignited fresh debate on the pulls and pressures of showbiz, was not immediately clear.

“He was brought dead to the hospital. The cause of the death will be known after the post-mortem,” Cooper Hospital Dean Dr Shailesh Mohite had told PTI.

The hospital’s Dr Jitten Bhavsar said Shukla – who won ‘Bigg Boss 13’ in 2020 and joins the ranks of actors on the cusp of fame who went too early – was declared dead by the principal medical officer when he was taken to the hospital around 10.20 am.

The Mumbai-born actor’s family issued a statement through his PR team requesting the media to draw a line and “give his family and loved ones space and let them grieve”.

“We are all in pain. We are as shocked as you are. And all of us knew Sidharth was a private person, so please respect his privacy, his family’s privacy. And please pray for his soul to rest in peace,” it said.

Shukla began his career as a model and made his acting debut with the lead role in the TV show ‘Babul Ka Aangann Chootey Na’. He later appeared on shows such as ‘Jaane Pehchaane Se… Ye Ajnabbi’, and ‘Love U Zindagi’ but it was ‘Balika Vadhu’ that made him famous.

In a tragic coincidence, his co-star from the show, Pratyusha Banerjee, also died way too young. She was only 24 when she was found hanging in her apartment in Mumbai in 2016. With inputs from PTI